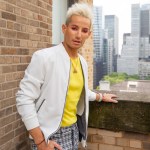 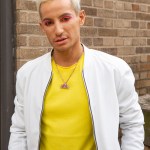 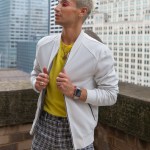 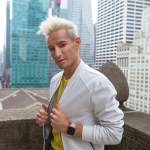 Ariana Grande will make her triumphant return to the Grammy Awards, and Frankie Grande tells us that his sister’s performance will be electrifying.

Last year, Ariana Grande, 26, bailed on the Grammy Awards and spent the night in bed. For the 62nd Grammy Awards, Ariana will leave her blankets behind and take the stage at the Staples Center in Los Angeles. Ariana, who’s up for five awards this year, was supposed to sing at the 2019 ceremony until she had a falling out with the show’s producers. It sounds like this upcoming performance will be worth the wait, according to her brother, Frankie Grande. “F–k yes! I am so excited,” Frankie Grande, 36, tells HollywoodLife EXCLUSIVELY. “I know what she has planned and I can’t obviously say anything, but I am extremely excited, it is going to knock everyone’s socks off!”

Ariana’s absence at the 2019 ceremony came after a public clash between her and the show’s producers. Ken Ehrlich claimed that Ariana pulled out because “it was too late for her to pull something together for sure,” but Ariana disputed it. “i’ve kept my mouth shut, but now you’re lying about me. i can pull together a performance overnight, and you know that, Ken. it was when my creativity & self-expression was stifled by you, that i decided not to attend.”

She supposedly wanted to perform “7 Rings,” her then-latest single from her Thank U, Next album. The producers, according to Variety, wanted her to perform a medley of her songs. The two sides reportedly reached a compromise, where “7 Rings” would be part of the medley, but Ariana pulled out after the producers said that the second song was of their choosing. Ariana said she offered three different songs for the producers to pick from. “it’s about collaboration,” she Tweeted. “it’s about feeling supported. it’s about art and honesty. not politics. not doing favors or playing games. it’s just a game y’all.. and i’m sorry, but that’s not what music is to me.”

it’s me your tiny, highly emotional, italian, and now grammy award winning friend. i’m super tarnished lol. but super grateful. thank u for everything. myron is in my arms n he says hi as well. pic.twitter.com/Vxa9TKSR8E

So, instead of going to the show, Ariana stayed home and caught up on her shuteye. It was a little bit awkward when she won the award for Best Pop Vocal Album (for her album Sweetener.) Ariana tweeted out thanks to her fans early on the Monday following the 2019 show. “it’s me your tiny, highly emotional, italian, and now grammy award-winning friend. i’m super tarnished lol. but super grateful. thank u for everything. myron is in my arms n he says hi as well,” she captioned the video, which shows her saying, “Is it rolling? Thank you so much.”