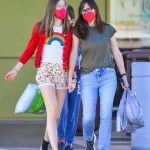 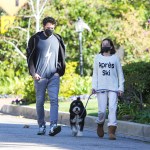 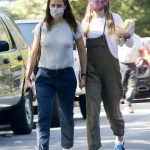 Jennifer Garner and her youngest child, son Samuel, were positively beaming when they were out in Brentwood enjoying some time together as well as an ice cream snack!

Out and about — Jennifer Garner and her son, Samuel, looked quite cheery as they enjoyed their afternoon in Brentwood together on Jan. 6. The Alias actress, 47, and her seven-year-old son, whom she shares with ex-husband Ben Affleck, 47, were all smiles as they enjoyed the mild, late afternoon weather. Jen looked so stylish and casual in her mom-on-the-go look, wearing a white T-shirt, blazer, and light wash blue jeans. She also fashioned a pair of sunglasses and casual black flats with her ensemble as she held Samuel’s hand. The duo appeared to be leaving from a tutoring session for Samuel, and Jen even had the chance to duck into an ice cream shop for a quick snack! It was such a sweet moment to see Jen and her son, but the actress often makes it a habit of prioritizing these types of outings with her children!

Much like her son, Jen is often seen on jovial excursions her daughters Seraphina, 11, and Violet, 14. Just before the excitement of the holiday season, Jen was spotted out with Samuel and Seraphina after the youngsters had seemingly gotten out of school! The trio were spotted out in Brentwood on Dec. 19, as Jen headed for some rest and relaxation at the nail salon. Prior to her R&R session, Jen helped her youngsters carry their backpacks, as they caught up about their day. But it’s not only Jen who makes outings with her children a number one priority.

Jen and her ex, Ben, have been making co-parenting seem nearly effortless. On Dec. 16, just over a week before Christmas Eve, the entire family came together for a Church service during the advent season! Ben was spotted with Samuel and eldest daughter, Violet, holding a few lovely flowers likely from the Advent service. Jen, meanwhile, sported a gorgeous navy, casual dress as she walked hand in hand with her daughter Seraphina. It was a lovely occasion for the whole family to be together!

Since their 2018 divorce, the former couple has shown that their children are their main focus. They’ve put their positive intention on the three youngsters, attending practices, casual outings, and even impromptu movie nights together! Fans love seeing Jen out with her kids and we cannot wait to see more in the new year!