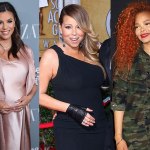 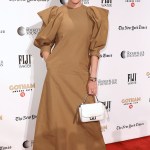 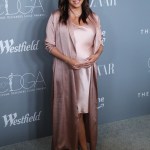 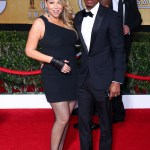 Congratulations are in order for Chloe Sevigny! At 45 years old, the actress is pregnant with her first child, and she confirmed the news by debuting her baby bump on Jan. 6.

Chloe Sevigny, 45, is pregnant! The actress happily revealed the news by stepping out with a giant baby bump in New York City on Jan. 6. In the photos, — WHICH YOU CAN SEE HERE — Chloe has a huge smile on her face as she strolls through the Big Apple with her man, Sinisa Mackovic. He proudly rests his hand on her growing belly, and they share several kisses. Chloe is wearing a skintight dress to perfectly accentuate her bump, along with a red plaid jacket, while Sinisa has on a white trench coat. The two, who have reportedly been dating for more than a year, look so blissfully in love!

Chloe is about five months along into her pregnancy, according to TMZ. Chloe and Sinisa, the director of Karma Art Gallery in New York City — went public with their relationship back in August, when they were photographed packing on the PDA. Back in April, the actress was briefly linked to Luka Sabbat, 22, after they were photographed leaving Marc Jacobs’ wedding together. The pair worked together on The Dead Don’t Die, which was released in June 2019. Chloe has previously dated director Harmony Korine, Jarvis Cocker and Matt McAuley.

By getting pregnant at 45, Chloe joins a list of stars who have gotten pregnant in their 40s (or later)! Janet Jackson famously had her first child when she was 50 years old, while Eva Longoria was 43 when she welcomed her baby boy. Mariah Carey had her twins, Moroccan and Monroe, at 42, and Halle Berry had two children in her 40s, as well.