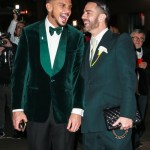 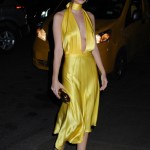 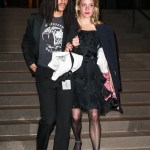 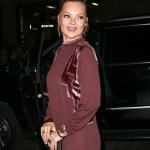 Luka Sabbat and actress Chloe Sevigny dressed to impress on Apr. 6, when they showed up to fashion designer Marc Jacobs’ NYC wedding together in linked arms.

Luka Sabbat, 21, and Chloe Sevigny, 44, were two of the many guests who showed up to celebrate iconic fashion designer Marc Jacobs‘ wedding to his partner Char Defrancesco in New York City on Apr. 6, and they looked as cozy as could be. The duo looked classy yet cool in their black ensembles for the big event, and at one point they even linked arms while walking together. Luka wore a black blazer over a black and white graphic t-shirt and black pants while Chloe had her own black blazer draped over her shoulders as she flaunted a black ruffled mini dress and black sheer tights.

Luka and Chloe, who got to know each other while working on the upcoming zombie film, The Dead Don’t Die, were joined by many other celebrity guests at Marc and Char’s romantic event, including Emily Ratajkowski, Kate Moss, Anna Wintour, and even rapper Lil Kim, so it definitely turned into quite the celebration.

Luka and Chloe’s outing to Marc and Char’s wedding comes after the Grown-ish star was seen hanging out with Kourtney Kardashian, 39, on more than one occasion. Luka and Kourtney reportedly first started to see each other around Sept. 2018, shortly after Kourtney and her ex Younes Bendjima ended things, and although there were rumors they were dating, the two seemed to just have a “fun fling” that only lasted a few months. “It was a fun fling for her, but not a big deal,” an insider told People about Kourtney’s feelings on the the time she spent with Luka. “She has more important things to focus on, like her kids and work. Kourtney is doing great. She is looking forward to all the fun holidays.”

As for right now, Luka and Chloe seem to be just good friends who went to a fun and romantic event together, but it will be interesting to see what the future holds!