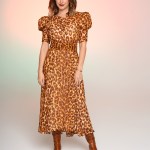 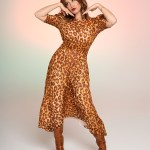 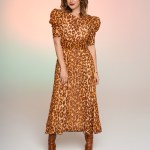 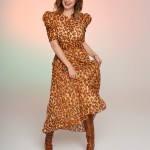 Troy and Sharpay never locked lips on ‘High School Musical’, but Ashley and Zac did end up sharing a kiss on a 2006 episode of ‘The Suite Life of Zack & Cody’!

Ashley Tisdale, 34, just spilled some hilarious vintage tea and we are here for it! The Merry, Happy, Whatever star opened up about the time she had to kiss her co-star Zac Efron, 32, in Elle’s latest “Thirst Trap” video, and we could not stop laughing. Though the two appeared in several High School Musical movies together, the kiss didn’t actually take place in one of the movies, but rather, on Disney’s The Suite Life of Zack & Cody that featured them as a guest stars. In the 2006 episode, her character Maddie kisses his character Trevor — and it turned out to be one of Ashley’s most awkward moments ever!

“I’ll tell you why it was the worst, OK?” Ashley began in the eight minute video, that featured her answering ten burning questions over ten shots (yes, of alcohol). “It’s the worst because I’m so close to him and he’s like my brother. At the time, he was used to acting on, like, Warner Bros, which is The CW, and we were on Disney Channel,” she continued, alluding to his role on short-lived drama Summerland. At the time, the pair had already filmed the first High School Musical alongside Ashley’s close friend and Zac’s longtime girlfriend Vanessa Hudgens, 31.
“And so he, like, he tried kissing me with his tongue, and I was like, ‘Get away from me!’,” she continued.

“I, like, closed my mouth so fast. I was like, ‘This is Disney Channel! We don’t kiss like that on Disney Channel!’” she tried to explain to Zac. “It’s just weird when you’re so close to somebody. We had already done [High School Musical]. I had known him for years before. That is why it was the worst…we’re just too close.” At the time, Zac was also just beginning to date Vanessa — which likely added to the awkward vibes! Of course, the group all continued to work together, appearing in the massively successful HSM sequels — including 2008’s theatrical release of High School Musical 3: Senior Year.

Speaking of The Suite Life of Zack & Cody, Ash also opened up about stars Dylan and Cole Sprouse, 27, even revealing which of the two she would want to be on a deserted island with! “You know, they’re both like my little brothers,” she continued. “You know who texts me back all the time? Is Dylan Sprouse. He’s the one who texts me back. Cole, sometimes silence, so I’m taking Dylan. That’s for just ghosting on me, Cole.” We think Cole deserves a bit of slack given his busy schedule shooting Riverdale in Vancouver, but we digress!

We were on the edge of our seats waiting for Ashley to reveal who the last celebrity she unfollowed on Instagram was, but she opted to take a shot of — um — soy sauce instead! “There is a mute button,” she reminded viewers. “Being really honest, but I’m not going to say who it is.” Darn!