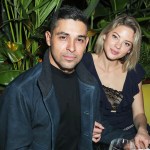 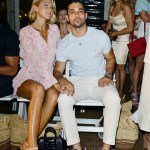 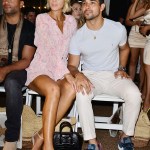 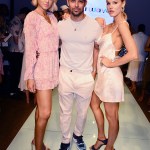 It’s a very happy New Year for Wilmer Valderrama and Amanda Pacheco! The actor surprised his 28-year-old girlfriend with a romantic proposal and shared the exciting news on Jan. 1.

Wilmer Valderrama, 39, is engaged! The actor, who previously dated Demi Lovato for six years, popped the question to his model girlfriend, Amanda Pacheco, on New Year’s Day. He took to Instagram to share a photo of himself on one knee in front of Amanda, with the ocean and sunny sky in the background. “It’s just us now,” he captioned the image, along with the date, Jan. 1, 2020. Amanda also shared the proposal pic, along with a close-up view of her pear-shaped ring. In the ring pic, she’s holding Wilmer’s hand s the ring is front-and-center, on full display.

The actor’s proposal went down in San Diego, following a romantic New Year’s Eve trip to Mexico. Amanda has previously opened up about how special San Diego is for her, as it’s where she was born and where her parents fell in love, and where she and her late mother spent a special day together before she passed away. “It’s my favorite place to ‘just breathe,’ as my mom would always tell me, and to let go of the sadness of not having my mom and remembering how lucky I am that she lived, loved and laughed a lot,” Amanda shared on Instagram in 2017.

Wilmer and Amanda were first spotted together back in April, and although they’ve been spotted out and about on several occasions, they’ve been fairly private about their relationship. Amanda works as a model, and is also a ‘divemaster,’ according to her Instagram page.

Wilmer has famously been in relationships with Lindsay Lohan, Mandy Moore and Demi. He dated Demi from 2010-2016, and they’ve remained amicable since their split. In 2018, Wilmer was a solid support system for Demi as she recovered from her near-fatal overdose that July.