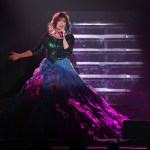 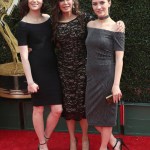 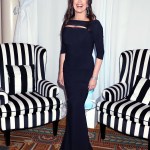 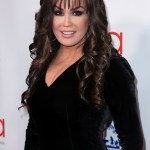 Marie Osmond lost 50 pounds back in 2007 and she’s managed to keep the weight off ever since. Now she’s sharing her top tips for avoiding those extra holiday pounds.

Marie Osmond lost 50 pounds after she competed on season five of Dancing with the Stars in 2007. The show’s grueling 12 hour rehearsals helped her shed the first 20 pounds and after DWTS she joined the diet plan Nutrisystem and lost another 30, making her 50 pounds lighter. In an EXCLUSIVE interview with HollywoodLife Marie shared the principles that have helped her maintain her impressive weight loss for over a decade.

“When you learn to eat right your body let’s the weight go.” Marie told HL. “When we go into starve and feast the body holds onto the food. When you feed the body smaller portions and intelligently, the body lets it go. It doesn’t want it because it knows you’re not going to starve it to death.

People go, ‘How do you keep your weight off?’ I went, ‘I just followed [Nutrisystem]… I learned what they taught me.’ I don’t live on Nutrisystem. I haven’t lived on it for 12 and a half years. I was on it for four months. But I learned principles. That’s the thing I love about this company, is they teach you how to maintain it on your own. Now do I still eat some of their foods? I do actually because I like them. I love their ice cream sandwiches. I’ll eat them any day over anybody else’s. I don’t feel guilty about it. My grandkids steal all my Nutrisystem ice cream sandwiches. I love their chocolate muffins. I even keep some of the pastas in the house because I don’t feel bloated after I eat them. They’re super good. You can add onions, and peppers. You can add basil and all kinds of wonderful garlic and seasonings to it as well. I mean it’s really great food.”

When asked what principles she learned on Nutrisystem that she still follows today Marie revealed that staying hydrated is key. “I drink more water.” 10 glasses a day, according to the co-host of The Talk. And she gets lots of greens. “I eat more vegetables. I eat more often,” Marie shared.

Marie explained that she eats six times a day — but she keeps her meals small so that she doesn’t ever fall into a food coma. “The problem is people stuff themselves and then they want to fall asleep. I fuel my body. I eat! It’s not like I starve it. You know what I mean? Also the healthier you get the less you want to put junk into it. But I have to tell you, the reason I think Nutrisystem works is they stay so on trend. Like 50 pounds, I had 50 pounds to lose. That is a lot of potatoes. It’s a lot of hamburger meat. Think about it, you know? The last thing I wanted to do was eat steamed chicken and vegetables. But what they do is they’ll give you pizza, and pasta, and ice cream, and chocolate, and nachos, and cheese puffs, and all these things that we crave but they do it in a way that you don’t feel as much like you’re dieting.

Then when you get off of it you’re like, ‘I don’t want that crap. I don’t feel good when I eat it.’ It’s amazing how you just go, ‘Man, I feel so good about myself.’ It’s like a self-esteem trip. You just feel like, ‘I can do this. I can maintain it. I’ve got this.’ I never let myself put on more than four pounds. I’d say five but I will never get to five. That’s my goal so if, over the holidays, I put on three or four pounds I get it off. Nutrisystem helps me get it off within a week The only time I will ever go on it, and it’s not even 100% on it, but I’ll go on it around January.”