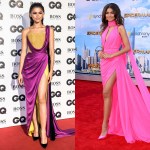 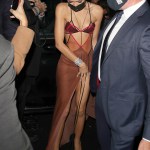 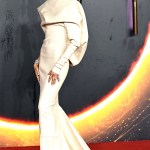 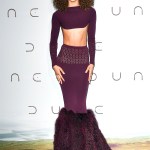 Zendaya opened up in a new Allure profile, where she discussed her love of acting and music, revealing how glad she is that she still gets to enjoy singing ‘through acting.’

It seems as though there is really no limit to the talents of Zendaya, 23. The multi-hyphenate star has shown off her talents on the big and small screen, her flair for fashion and she’s even demonstrated her skill when it comes to singing. But while Zendaya, born Zendaya Maree Stoermer Coleman, hasn’t released a new song since her 2016 single “Something New,” the Euphoria star still loves the process of singing, recording and making music. “I still love making music, and I still get to do it through acting a lot of times, and being able to work on the finale song for Euphoria was fun,” Zendaya shared with Allure in a profile published on Nov. 21.

The actress, however, does realize that there’s definitely a part of an artist’s life they give up, as a singer. “There’s a layer of personal life that I think actors get that music artists don’t,” she confessed. “They have no character to hide behind, so they have to be very open. [As actors] we get a little bit of a separation.” Zendaya also alluded to the difficulties of maintaining a sense of identity and privacy amidst the sprawling social media landscape. So far, though, she has really been able to find a balance and, more than anything, her phenomenal work shines through.

Fans of the star will know that Zendaya got her big break on the Disney channel with the series Shake It Up (2010-2013) and her second show K.C. Undercover (2015-2018). During that time, Zendaya released her self-titled album, Zendaya, in 2013, which featured the single “Replay.” With her acting career taking off, Zendaya didn’t release new music until her 2016 single, but found ways to incorporate her love of music with her career on screen.

Zendaya had a major role in the 2017 Oscar nominated film The Greatest Showman. In the film, where she plays Anne Wheeler, Zendaya was featured in the songs “The Greatest Show,” “Come Alive,” and “Rewrite the Stars,” which also featured her costar and fellow Disney Channel alum, Zac Efron. In 2018, the actress showed off her voiceover work with the film Smallfoot and contributed to the film’s soundtrack with the tunes “Wonderful Life” and “Wonderful Questions.” Of course, Zendaya’s boldest musical moment in some time was yet to come. Upon joining the critically acclaimed HBO series Euphoria, Zendaya took on one of her most daring roles to date. As Rue, the actress played a teenager who was in recovery for drug addiction. In the first season’s dramatic finale, Zendaya sang the track “All Of Us,” written by Labrinth. It was an epic moment for the series, which is set to return for a second season. Clearly, Zendaya is finding a balance in every facet of her career, and maintaining a sense of privacy with her personal life. Her star is still on the rise, and fans cannot wait to see what the multi-talented starlet does next!