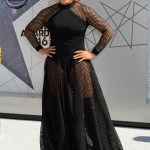 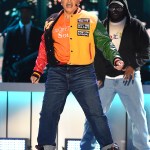 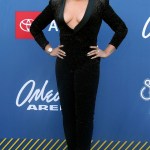 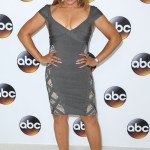 Ahead of her hosting gig at the 2019 Soul Train Awards on nov. 17, Tisha Campbell dished to HollywoodLife EXCLUSIVELY about what fans can expect during the big night!

For the second year in a row, Tisha Campbell and Tichina Arnold will be hosting the Soul Train Awards, which are happening this Sunday, Nov. 17, in Las Vegas! “We work the same and we have the same work ethic,” Tisha explained to HollywoodLife EXCLUSIVELY. “We’re very professional, so it’s going to be fun. We were also co-creators on this because we’re co-producing it. It’s going to be huge and big for our audience. They expect it from us, so we have to step it up every single year. I think that’s the most exciting part — standing next to my friend and just showing people our personalities.”

Tisha also added that there will be a “big opening number” at the show, and that she and Tichina are just aiming to “have fun” with everything. However, with the show being live this year, there’s a whole new element that they have to worry about. “Neither one of us knows what the other one is going to do in the moment,” she admitted. “Tichina and I can go off the cuff sometimes! We rile each other up and instigate each other, so BET…good luck with that! When you told us we were going to do it live, we said a little prayer for the network!”

Tisha and Tichina actually didn’t call anyone specific for advice on how to host a live award show, but they did get to spend some time with previous Soul Train Awards host, Erykah Badu, at the show last year. “It’s like paying homage to somebody who was already doing it great anyway,” Tisha gushed. “We’re just glad that she passed the torch to us and honored that she passed the torch to us because she’s a phenomenon.”

The 2019 Soul Train Awards will air at 8:00 p.m. ET on Nov. 17 on BET. The show will feature performances from Jeremih, K. Michelle, Boyz II Men, Queen Naija, Wale and plenty more. It’s going to be an amazing night, for sure! In the meantime, check out our full interview with Tisha above!