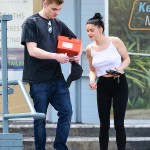 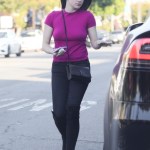 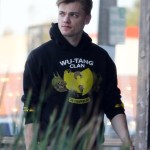 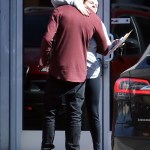 Ariel Winter is loving the single life after breaking up with boyfriend Levi Meaden. She’s spending lots of time with friends and doing “really, really well.’

Ariel Winter had been with boyfriend Levi Meaden, 32, since 2016, but the relationship ran its course and the pair reportedly split up two months ago. Fortunately, the breakup was fairly drama free and the Modern Family star is loving the single life. “Ariel is doing really, really well and very much acting like a single lady right now. She is living her life and doing fine despite the split from Levi. It was her decision, so she’s good,” a source close to the 21-year-old actress tells HollywoodLife.com EXCLUSIVELY

“She’s spending a lot of time with her girlfriends and in a great place. She’ll always care about Levi and appreciate what they had, but there are no signs of a broken heart on her end,” the insider adds. Even though they’ve split, Ariel and Levi were spotted leaving a studio in North Hollywood, CA on Oct. 20 and embraced in a friendly hug, so there’s no bad blood following the breakup.

Ariel was photographed out with a big group of friends at Universal Studios Hollywood’s Halloween Horror Nights on on Oct. 24, so she still has a healthy social life. As we previously told reported EXCLUSIVELY, “She ended the relationship because she felt it had run its course and she wasn’t feeling it the same way anymore. She’s telling friends she’s very much single and it looks like she really doesn’t see them getting back together again. Nothing bad happened between them at all, it just seems they grew apart.”

Right now Ariel doesn’t have boys on the brain, as instead she wants muscles….or “big butt” and “Michelle Obama arms” in her own words. She told Women’s Health recently that she didn’t want to lose any more weight, and instead wanted to focus on toning her body. Ariel dropped several clothing sizes over the past year when she switched her anti-depressant medication, which “turned back on my metabolism” and that she didn’t even have to try to lose weight, it just fell off. Now she works out three times a week focusing on strength training and the results are starting to pay off. She proudly told the magazine, “I have two abs currently and I’m looking to get more.” Lose a boyfriend, gain a six pack!