Jessie Berg, 21, has absolutely no regrets when it comes to the way she decided to navigate her life and jump start her music career, which she started at a young age in Los Angeles by getting involved in the arts. “I did plays [and] I did choir type [of] stuff,” Jessie revealed to HollywoodLife EXCLUSIVELY while promoting her new single “Know Me”. “There was a studio that was by my house and I did voice lessons there and just did their little shows that they would have every once in a while. Then after I graduated I started working on my own music because I had more time and was just able to focus on that. I worked at my cousin’s studio and I was going to Santa Monica College, I went for a semester. I just stopped going. I never told them, I just never showed up again.”
With the help and guidance of her manager Kent Jacobs who has worked with the likes of REM, Drake, 32, The Police and Prince just to name a few, Jessie decided to truly focus on her love of music while she found her own sound, voice and inspiration. “I never really had a plan of what I want to say in a song,” Jessie said. “I feel like if I plan stuff, it doesn’t work out so I just show up and whatever I think of, that’s it. The way I write music is very in the moment.”
Though, Jessie would love to work with some big time names like Rihanna and Kanye West one day, she has already scored collabs with some big names like The Aristocrats, Pierre Lupinani and Brian Kennedy to accomplish her “left of center pop” vibe. Another duet she’s down to do? With her bestie Ariel Winter, 21, of course! “I’d be down,” Jessie said. “I would probably do it, but I don’t know if she wants to do anything singing related. I know she was focusing on acting, but I’ve talked about it with her.” 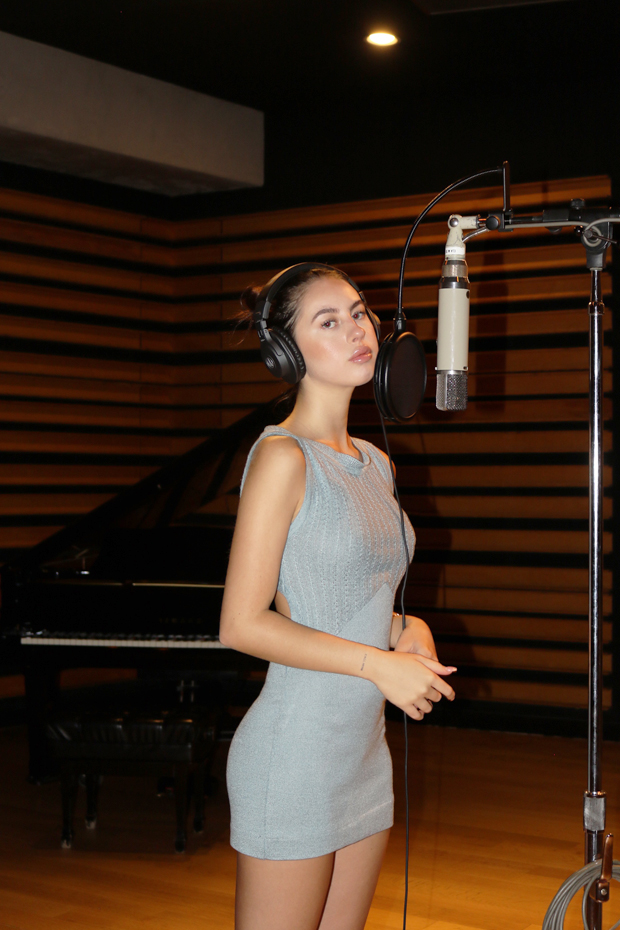 With a lot of respectful producers already behind her, she still gladly accepts  advice in stride from her famous bestie. “I feel like Ariel has given me so much advice,” Jessie revealed. “I’ve literally seen everything because we’ve been best friends since freshman year of high school, so I’ve seen a lot and I’ve just learned a lot from her, watching her do everything she’s done in her career and everything. I talked about it before that seeing somebody who works that hard and goes after what they want day after day after day, and is able to go through what she’s gone through and still come out as incredible as a person as she is, it makes me want to work harder. She did a lot, but I guess just she’s the type of person that doesn’t care about what other people think, and so she’s passed that on to me as well, and I’ve become more of a, I don’t want to say extrovert, because I’m not an extrovert, but just I’ve become more myself. I’m more comfortable and secure in myself, and I just am not as scared as I used to be.”
Ariel, who’s reportedly broken up with longtime boyfriend Levi Madden, 32, could not be happier for her friend who she said has had a pretty incredible career thus far. “I think about it a lot, honestly,” Jessie revealed. “Her life is crazy and everything she’s been through is more than I think any person should have to, and I think people think that she is such a giving and caring and just genuine person. She’s doing really well.”
Be sure to check out Jessie’s newest single Monster, out now and get ready for even more music to drop in January 2020!