Wendy Williams is urging Brad Pitt to take some time away from the spotlight to mend his relationship with his eldest son, Maddox Jolie-Pitt, 18. The talk show host, 55, thinks the actor, 55, needs to board a plane straight to South Korea, where his son just began his freshman year of college, to work things out. Fans may recall Brad and Maddox had a falling out in September 2016, right around the time the actor and Angelina Jolie split. The father-son duo had an alleged volatile argument while on a private plane with Angelina, which led to their ongoing rift. Brad was eventually cleared of any wrongdoing in November 2016.

“Brad can fly to Korea and squat outside the dorm… If you really want to connect with this boy then leave Angelina out of it and basically, you go over there and stalk him in the name of love,” Wendy said to Brad indirectly on her October 18 show. She went on to admit how “hard” it must be for Maddox to deal with the falling out with his father, especially because Angie “adopted him from another country,” before she was with Brad.

The talk show host then played a recent paparazzi video of Maddox in South Korea, where he was asked about the current status of his relationship with Brad. “Is your dad going to visit you?”, an ITV interviewer asked Maddox as he walked through his college campus in South Korea. “I don’t know about that [or] what’s happening,” the 18-year-old replied. His answer prompted the interviewer to followup with, “Is your relationship with him over?”, to which Maddox played coy. “Um, whatever happens, happens,” the student said. 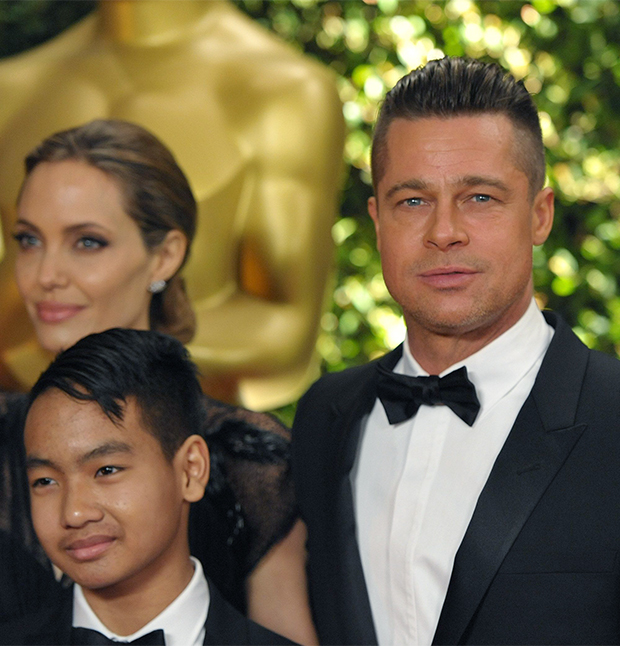 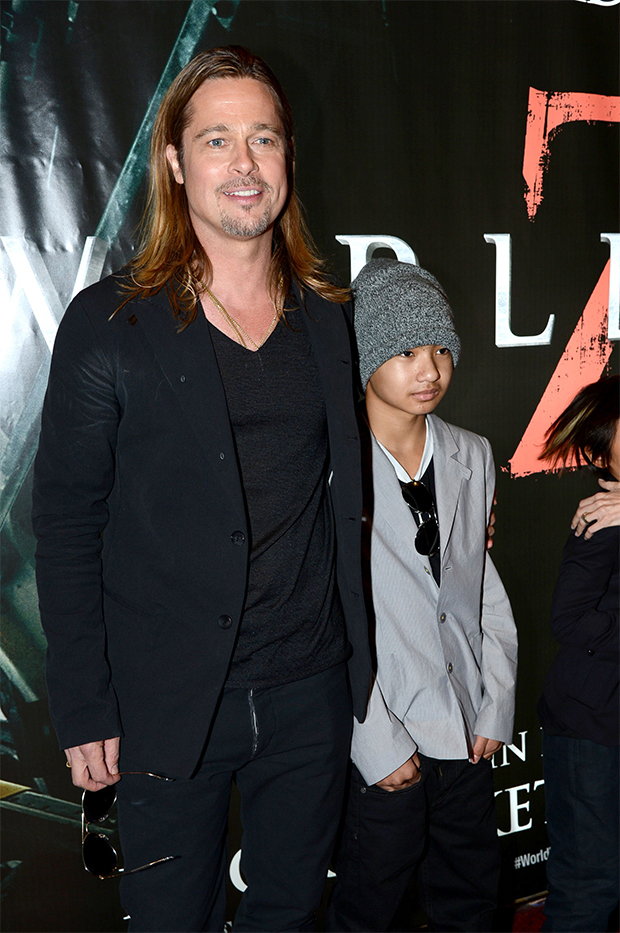 Brad Pitt with son Maddox on the red carpet at a film premiere. (Photo credit: Shutterstock)

After the video played, Wendy explained why she feels there’s still hope for Brad and Maddox to reconcile.

“It doesn’t seem like he cares one way or another if Brad gets back with him or not, but he also didn’t say brad is shut out. So Brad, this is your chance to take off from being all hot and a big timer, and get over to South Korea and fix this,” Wendy said.

Brad and Angelina’s divorce has not yet been finalized. The ex-couple, who went through a tumultuous back and forth custody battle, are also parents to Maddox’s younger siblings, Pax, 15, Zahara, 14, Shiloh, 13, and 11-year-old twins Vivienne, 11, and Knox, 11.