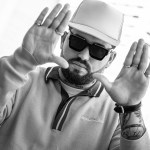 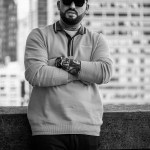 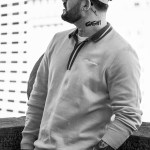 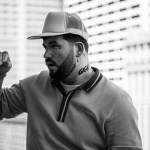 Gashi went from being homeless to an artist collaborating with some of the biggest names in hip-hop. He spoke to HollywoodLife about his journey.

Labinot “Larry” Gashi, who goes by his stage name Gashi, was on the streets just a few years ago, but his life took a turn after he became inspired when he saw a billboard of his friend ASAP Rocky while walking on East Houston Street in New York City. “I looked up, and I saw his face on a billboard, and it was someone that I knew before it all happened for him, and I think he motivated me. I use him as an example. If he could do it, why can’t I?” Gashi said in an EXCLUSIVE interview with HollywoodLife.com. He found someone to fly him to Los Angeles, where he couch surfed and worked odd jobs until his 2018 jams “Creep On Me” and “Disrespectful” went viral.

Gashi was then signed to Jay Z‘s Roc Nation and RCA — years after Jay actually tossed a CD Gashi gave him during a meet and greet in the trash. On September 20, Gashi released his debut, self-titled album, which he had started working on when he was homeless on the streets on New York — now, he’s rocking a $250,000 watch on his wrist. “Things have changed, and I live a total different lifestyle. Everything I’ve ever wanted is slowly happening, but I’m prepared for it because it took me 10 years,” he explained. When it came to his album, Gashi admitted that he took his time on it, because “it’s the way people look at you forever.”

“It was very difficult putting it together, because there’s so much good music,” he said. “My songs, I look at them as my children, because I make them, I name them, and I send them off to the world.” With features by DJ Snake and G-Eazy, the 16-track album is filled with influences from the rapper’s African background and Brooklyn upbringing. “I think my influences are Brooklyn, Albania, and Africa — all three of those make me make the sound I make when I make music, and when I’m being creative,” Gashi explained.

He added that his inspirations also range from Bono to Lil Peep to Lana Del Ray. “There’s inspiration everywhere. I think I’m full of love, and I tend to not want to point at things I hate. I want to point at things I like,” the “My Year” artist revealed. “It’s so easy to say you don’t like something, that’s just so simple. I think that’s vanilla, I think is super plain. There’s inspiration everywhere. I think some people just need to lift their head up, and keep the head up.”

Be sure to download and stream GASHI, Gashi’s self-titled debut album, now!