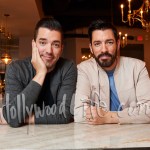 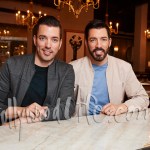 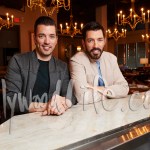 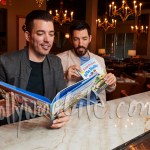 J.D. Scott feared he was ‘dying’ after a hospitalization scare in May 2019. Four months later, his brothers Drew and Jonathan gave an update on J.D.’s current condition, and teased details about J.D.’s upcoming wedding!

Behind the glamour of the home-flipping business that fans watched on Property Brothers, stars Jonathan and Drew Scott were dealing with a family emergency in early 2019. Their older brother J.D. Scott, 43, was hospitalized in May 2019, after experiencing a number of mysterious symptoms that included feeling like his skin was “on fire” and “passing out,” which he disclosed to fans in an Instagram video shared on July 8. J.D. actually believed he was “dying” during his hospitalization, but his brothers had much happier news to deliver when HollywoodLife sat down with the HGTV stars for an EXCLUSIVE interview at Cleo Hollywood on Sept. 13! “J.D.’s doing great and our family [is] very, very close and so we’re always there to support each other,” Jonathan revealed. “Our parents as well, the whole gang of us, we see each other as much as possible and it was actually really great.”

J.D.’s bounce back has been so amazing, he even made an out-of-country trip with the twins! “J.D.’s been doing really well and he came with us and so did his fiancée [Annalee] to Latin America for a press tour. So it’s kind of nice to get away and enjoy some time together,” Jonathan further revealed about J.D., who has also appeared on Brother Vs. Brother and Property Brothers at Home alongside his little brothers. J.D. also gave Instagram fans another health update on Sept. 15 — after doctors initially explored the possibilities of lupus and a brain aneurysm, J.D. happily announced that he had a “bad GI infection that which has been fixed” and suffered “acute mercury poisoning” with levels so high, it necessitated the health department’s involvement. He also suspected he was a victim of fluoroquinolone toxicity, although this hasn’t been diagnosed yet.

Now that J.D.’s health is in check, he has a wedding to focus on! The director/producer/actor proposed to Annalee, a celebrity makeup artist, on Halloween 2018, and he enjoyed a “pre-bachelor party” with Jonathan and Drew while they toured Latin America this summer. “What we did, we did do a little like a pre-bachelor party where we were in Latin America. So that was a fun little getaway. But we have some other things planned maybe to be closer to the wedding,” Drew told HollywoodLife. As for the nuptials itself, Drew promised it’s “not going to be your typical wedding” — first of all, J.D. and Annalee will be tying the knot on Halloween. “All I know that the wedding itself is going to be off the charts because J.D. and Annalee, they’re quirky, they love to have fun, they’re different,” he added.

Health Update: It occurred to me tonight that I hadn’t actually given you an update since first announcing my illness. On the positive side, I’m still feeling better than I did 6 months ago. What we know so far thanks to Dr. Jacobson’s testing is: 1. I had a bad GI infection which has been fixed. (This was just before that original video) 2. Discovered through followers comments that I was exposed to and may have been suffering from fluoroquinolone toxicity (also called “Getting Floxed”). This would account for many of my symptoms and the timing is dead on. P.S. – Avoid ever taking any antibiotics that have “flox” in the name if you can. 3. Also found out last week that I have acute mercury poisoning. My levels are so high the health department got involved. We don’t know at this point how it happened but I am being treated for it and that would explain the some of the issues I’ve been having as well. ________ There is a character limit on Instagram but if you want to read the full post, it’s over on my Facebook page. facebook.com/MrJDScott

J.D. will become the second Scott brother with a ring on his finger, after Drew married Linda Phan in a lavish ceremony in May 2018. While there are “no babies yet” — although they have an ideal timeline — Drew told us that in the meantime, he and Jonathan are “writing books that we would want to read for our future kids.” That includes their latest children’s picture book, Builder Brothers: Better Together, which hit bookshelves on Sept. 10! It’s the second book in their Builder Brothers series, and this time, the illustrated twins are competing in a soapbox derby race — something the brothers once did in their childhood!