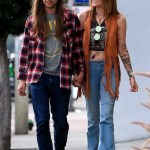 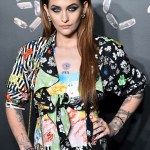 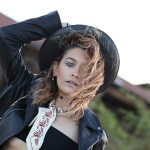 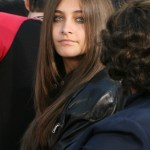 Wait, 50 Cent actually thought that Chris Brown is better than Michael Jackson? Paris Jackson clapped back at such disrespect and reminded Fiddy just why her daddy was called the ‘King Of Pop.’

“All I’m saying is I never seen MJ” come out like this,” 50 Cent, 44, captioned a Sept. 5 Instagram video of Chris Brown back-flipping his way onto a stage. While Fiddy didn’t specify which MJ he meant – perhaps he meant he never saw Michael Jordan hit the court like an extra from Cirque du Soleil — Paris Jackson, 21, thought 50 was throwing shade at her late father, Michael Jackson. Oh, and she wasn’t going to stand for such disrespect. “Superbowl 1993,” she commented, reminding Fiddy that not only has MJ left the stage on fire but also that neither Chris nor Fiddy have headlined a Super Bowl halftime show.

“True legends don’t need to exert outrageous amounts of energy just to grasp your attention,” Paris continued. “Stillness, my friend. Stillness. More power in stillness than you can possibly understand.” Paris also made it clear that this clap-back wasn’t directed at Chris and his acrobatics. “ And I say this with zero shade to Chris. I love him dearly. This is just for you, 50.”

Now, to be fair, Michael Jackson’s shows weren’t like the low-key, intimate affairs you’d get at a Nina Simone concert. The King Of Pop (or, his stuntman) did end a 1992 performance in Bucharest by flying around in a jet pack. But, to Paris’s point, Michael Jackson was the king of the concert spectacle. During that Super Bowl XXVII halftime show that Paris mentioned, Michael, through the use of body doubles, began his show on top of the Rose Bowl Stadium’s two jumbotrons before rocketing up from the center of the stage. Then, he stood motionless for almost two minutes, bathing in the adulation of his fans. That, as she pointed out, was the power of stillness.

It’s strange just how far people will cape for Chris Brown. 50 Cent going gaga over some backflips isn’t the worst of it. In April, one fan suggested that Chris was better than Beyonce because…he did a flip. “Until the day Beyonce does this on stage never in your life compare her to Breezy,” one Twitter user said. Whether they were serious or not doesn’t matter, because that one Tweet caused a MASSIVE backlash from the Beyhive. This master-level of trolling shook Beyonce’s fans that they went crazy. “Putting Chris Brown and Beyonce in the same sentence is an insult,” one said, and it only got fiercer from there.