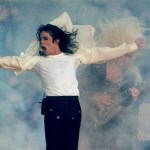 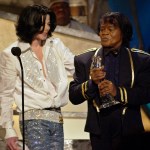 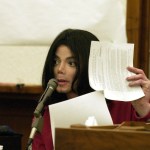 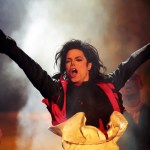 Michael Jackson tragically died ten years ago today (June 25), but fans shouldn’t expect any sort of public tribute from his kids because they prefer to mark the sad day privately.

Michael Jackson‘s fans are mourning the loss of the King of Pop on the tenth anniversary of his death today, June 25. But his children Prince Jackson, 22, Paris Jackson, 21, and Blanket “Bigi” Jackson, 17, are simply missing their daddy — the same way they do every day. A source close to the Jackson family tells HollywoodLife EXCLUSIVELY that although they will honor their dad, the “number” has no special significance for them. According to our source, they want to mark the sad day privately and will pay tribute to their father’s memory by spending time with their extended family and sharing stories, watching old home movies and remembering the good times they had with Michael.

“The kids aren’t putting a number on it for the years that have passed since their father died, they just are looking to honor their Dad in their own way today,” says our source. “They are just going to remember the good times and be around family and friends and talk about him. The great thing for all of them is that they have so many home videos to look back on and their Dad is always with them through music. They can always hear his voice when they need it. Obviously that never replaces the real thing but they all feel that he is with them always. They all are older and realize the impact he not only gave them but the world and they just want to honor that legacy and will mourn and celebrate privately.”
In the ten years since Michael died in his sleep on June 25 2009, after a fatal overdose of propofol and benzodiazepine, his children have grown up before our eyes. Paris is now in the family business with a band of her own, The Soundflowers. She’s also got a bonafide modeling career — hello Calvin Klein — and she’s been taking on occasional acting roles. Meanwhile Prince took the scholastic route and just graduated from LA’s Loyola Marymount University with a degree in business. And Blanket is finally coming out of his shell and making a name for himself by teaming up with his older brother and cousins for a YouTube channel. There’s no doubt their late father would be incredibly proud of them.