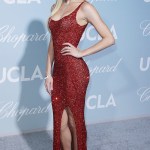 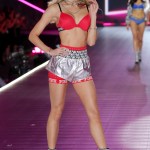 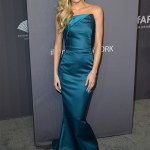 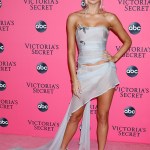 The 22-year-old model made headlines after a report surfaced claiming she was romancing the newly single Brody Jenner, 35!

Brody Jenner‘s split from Kaitlynn Carter has been a doozy: since announcing the end of their non-legal marriage, Kaitlynn was spotted making out with Miley Cyrus in Italy, while Brody was reportedly showing some PDA of his own with the much younger Josie Canseco. The duo were introduced by mutual friends Brandon Leee and Frankie Delgado at a hotel party, according to TMZ, and have since engaged in some flirty Instagram interaction. Here are five things to know about the gorgeous blonde.

1. Josie’s a model. The 22-year-old is signed to Next Model Management and has walked in the 2018 Victoria’s Secret Fashion Show, and appeared in a number of campaigns, including a recent one for Kith x Coca Cola’s collaboration. At only 19, she was also Playboy‘s Playmate of the Month back in June 2016, posing in a revealing sheer black bodysuit. Josie was originally discovered at Coachella back in 2016, according to BuzzFeed, after photographer Bryant Enslava posted a candid shot of Josie and her friend Charlotte Dalessio (also now a model).

2. Josie’s dad, Jose, is a former MLB star. If Josie’s name seems familiar, now you know why! Josie’s father, Jose Canseco, is a baseball legend as a six-time All-Star and MVP, according to CNN — he’s also a two-time World Series winner from his time with both the Oakland A’s and the New York Yankees. Jose, 55, retired from the MLB in 2001 and has since penned a tell-all book, Juiced: Wild Times, Rampant ‘Roids, Smash Hits & How Baseball Got Big. Josie often posts about her dad, and has even called him her “hero.”

3. She’s appeared on reality shows. Josie and her mom Jessica Canseco co-starred in a 2016 Lifetime reality series, The Mother/Daughter Experiment: Celebrity Edition which documents mothers and daughters trying to repair broken bonds. Jessica also starred on the VH1 series Hollywood Exes, which ran for three seasons and was cancelled in 2014 — where Josie could also be seen.

4. Josie is an LA native with plenty of famous friends. The gorgeous model is no stranger in Hollywood, and has made headlines flirting with Tyga on a yacht, partying with Justin Bieber and hanging with Halsey.

5. She dated rapper Mike Stud. Josie and the 30-year-old hiphop star were in a relationship from 2015 to earlier this year. The sexy model even appeared in one of his music videos, wearing nothing but a g-string when she was only 18. Josie confirmed the split in January 2019 to TMZ denying allegations that Mike was cheating. Josie said at the time, according to TMZ, “We’ve been split for a while now n to not worry! Nothing but love for him always.”