“We talked about having more,” Dean McDermott, 52, says in an EXCLUSIVELY interview with HollywoodLife. The host of the new Daddy Issues podcast already has plenty to talk about, as he and his wife, Tori Spelling, 46, are the proud parents of five fabulous kids — Liam, 12, Stella, 11, Hattie, 7, Finn, 6, and Beau, 2. So, what are the odds that they make it an even six? “Tori would love to have another one,” says Dean. I” enjoy the ones we have. And so does Tori. Tori knows that, you know, having a sixth child would be too much. But she loves being pregnant. She feels great when she’s pregnant. She looks adorable when she’s pregnant. But I think we’re done.”

So, five are fine for Dean and Tori (he has a 20-year-old son, Jack McDermott, from a previous relationship with Mary Jo Eustace, 57.) Though they may not have a new baby in the near future, they might have a new reality TV show, as Dean tells HollywoodLife that he’s open about letting cameras back into his home for a new series. “I’d do a reality show about my family again. I wouldn’t go down the True Tori route again. That was just too much for everybody. But you know, turning Home Sweet Hollywood, that was a lot of fun. And yeah, we’ve talked about doing a show together. And you’re going to have to wait and see though.”

Perhaps Tori can get her mother to appear on this hypothetical new show. While she and Candy Spelling, 73, have a notoriously strained relationship, Dean says that things are good between them. “Yeah, we’re close,” Dean says. “We do our Sunday dinners when she’s in town, because she’s busy. She’s back and forth in New York. But yeah. And we hang out, and things are great.” 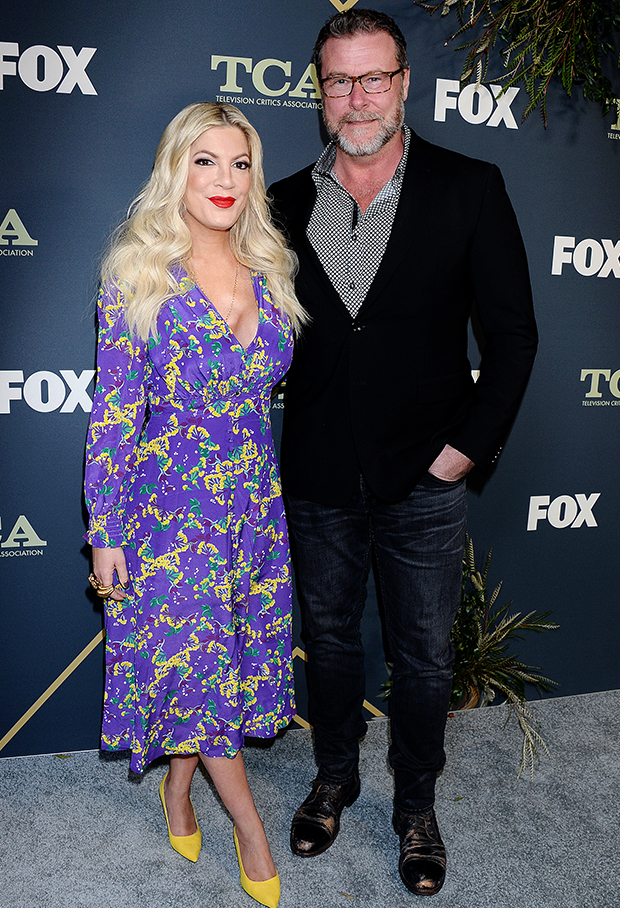 Things will be even better between Tori and her mother when Candy finds out that the BH90210 star is done having kids. Candy vetoed the idea of having another grandchild while speaking EXCLUSIVELY with HollywoodLife at Byron Allen’s Third Annual Entertainment Studios Oscar® Gala in January 2019. “I just hope that she quits having kids, already,” she told us, before raving over Dean and Tori’s parenting skills. “I don’t know how she has made it happen, but I think it’s because she does a lot with them and so does Dean,” Candy said. “They are great parents, they are both very present all the time, and it’s the consistency and presence that makes all the difference.”