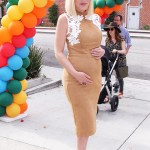 After weathering a cheating scandal while married to wife Tori Spelling, the father of six opens up to HollywoodLife EXCLUSIVELY about how he saved his marriage and family.

Dean McDermott, 52, seems to have it all these days. He has six adorable kids, a happy marriage, and his newest baby — his “Daddy Issues” podcast that drops every Monday with fellow friends and comedians Nicky Paris and Adam Hunter. However, fans are quickly remembering that life for Dean wasn’t always sunshine and rainbows, as he openly talks about his marriage struggles for his listeners. “When everything went down, that bond was just — it wasn’t broken,” Dean told HollywoodLife EXCLUSIVELY while promoting his new podcast that’s available for download via Spotify and Apple on Mondays. “It was hurt. It was strained and stretched, but it never broke. It was always there.”

What Dean is referring to is his cheating scandal with wife Tori Spelling, 46, back in 2013. The couple first tried shooting them down, however, Dean eventually admitted to his family and the public that he had in fact broken his marriage vows, followed by a stint in rehab. Those dark days are long gone though, according to Dean. “Our relationship now is better than ever,” Dean says. ” I have no regrets, because what the podcast has enabled me to do is to go in and correct things, correct misquotes, correct false stories. Aside from being my wife and loving me, she is my biggest fan, and my biggest supporter.”
So what is the couple’s key to success and weathering the storm? Dean himself shares that he doesn’t even know! “That’s a really good question,” Dean says with a laugh. “All I can say is from the moment we met, it was just on. It was done. It’s like you guys are meant to be together. It happened. And whatever happens from that day forward, you just get through it together. And believe me, we’ve been through it. The things that have happened, and having five kids, and her being a stepmom to my son, Jack, and dealing with, my ex-wife. It’s been a life that — if you don’t have that thing, that magic, that spark, that connection then things are not going to work out or they’re going to be really difficult. And for the both of us, it’s not difficult at all.”