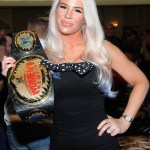 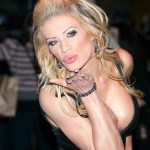 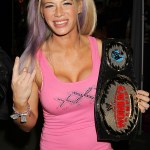 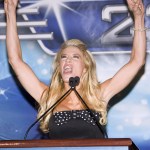 Ashley Massaro was found unconscious in her Suffolk County, NY home on May 16 as a result of suicide by hanging, multiple sources tell TMZ Sports. The former WWE star would have turned 40 on May 26.

Ashley Massaro was found hanging in an apparent suicide, multiple sources close to the situation tell TMZ Sports on May 21. The former WWE star was only 39. Ashley was unconscious when she was discovered inside her Suffolk County, NY home early Thursday morning, May 16, TMZ reports. Her death is being classified as “non-criminal,” sources say. The former WWE star is survived by her daughter, Alexa. HollywoodLife has reached out to a representative for Ashley, as an official autopsy report has not been released.

Before the suicide report by TMZ Sports, there was speculation about if Ashley had taken her own life when a friend of hers hinted at just that, along with depression on social media. In an emotional tribute to Ashley following the news of her death, WWE Diva Rochelle Loewen  used the hashtags: “I didn’t understand”, “depression”, and “suicide”, followed by a message to “care for your friends” in her post.

The Suffolk County Police Department PIO confirmed Ashley’s death to HollywoodLife in the following statement: “I can confirm that she has passed and has died and that she was 39 and that she was from Smithtown, but I can not confirm any other details because we don’t have them. And since it was considered a non criminal death we will not have them. We normally don’t release that info for non criminal deaths.”

Ashley rose to fame when she won WWE’s Raw Diva Search in 2005. She departed from the organization in 2008, but still remained close with her fellow divas. The WWE released the following statement to HollywoodLife after the news of Ashley’s death: “We are saddened to learn of the tragic death of former WWE Superstar Ashley Massaro. She performed in WWE from 2005-2008 and was beloved by her fellow Superstars and fans around the world. WWE offers its condolences to Ashley’s family and friends.”

Ashley would have turned 40 on May 26. Our thoughts are with her friends and family during this difficult time.