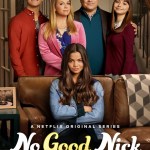 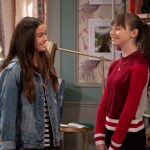 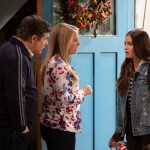 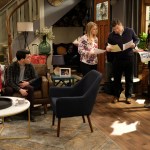 ‘No Good Nick’s very talented Siena Agudong breaks down the show’s season finale twist, what’s ahead in Part 2, and more in our EXCLUSIVE interview.

The ending of the first 10 episodes of Netflix’s new series No Good Nick featured Jeremy and Liz discovering that Nick isn’t who she says she is. Nick had been trying to con the Thompson family to get revenge on them for unknowingly ruining her life. Over the course of the season, Nick came to love the Thompsons, who gave her the family she needed. In the final episode of Part 1, Nick finds out that her father has been lying to her. Nick is shaken to the core over her father’s revelation. With Jeremy and Liz aware that she’s not really Nicole Patterson, Siena Agudong teases what’s ahead in the next 10 episodes. “There are definitely some things that are going to come up in Nick’s way that will be major obstacles for her,” the 14-year-old told HollywoodLife EXCLUSIVELY. “There’s so much pressure on Nick from so many sources and she doesn’t know what’s true anymore. Everything she used to rely on is gone now, and she’s really freaking out now. Going into Part 2, there are higher stakes. They put so much pressure on her and continue to build. That balance of her father and the Thompsons really plays a role in Part 2. There’s a lot of struggle. There are so many different things that she needs to consider.”

Melissa Joan Hart and Sean Astin play Liz and Ed Thompson, the parents who take Nick in. Siena said being cast alongside Melissa and Sean is a “dream come true.” Siena opened up about how much she’s learned working with such great actors. “Recently, I had an emotional scene, and I used to rely heavily on music to kind of get me to a vulnerable state, especially like sad music and stuff. Mr. Sean just kind of sat with me before the scene and was just talking about how if I practiced now outside the scene, then I wouldn’t need any music or anything like that. He said, ‘I just want you to be in it and be there.’ That really, really helped me, and now I’m like trying to throw down what I need to do to get music as a safety net. So, I still use music every once in a while, but he’s really helped me with my confidence and the acting. Especially with Melissa as well. This is a comedy so they kind of compliment each other because Mr. Sean helps me with drama, and Melissa helps me with comedic timing.”

Her role in No Good Nick is her first in front of a live audience. “I think one thing that was difficult about being in front of the live studio audience was messing up. It was kind of scary to know that there were so many people watching you. But at the same time, then you’re reassured because the audience will love it and laugh when that happened. I just kind of had to eventually get used to it, which I never did. I didn’t get used to it at all. It was fun, even though we messed up and stuff. We just picked up where we were going and the audience still liked it. I thought that was pretty nerve-wracking and challenging, but that was pretty awesome.” No Good Nick is currently streaming on Netflix.