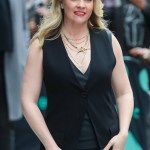 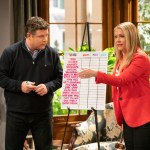 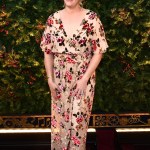 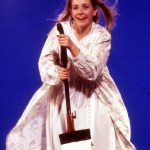 ‘No Good Nick’ is currently streaming now on Netflix. HollywoodLife spoke EXCLUSIVELY with Melissa Joan Hart about her new comedy series, how this role is unlike her past ones, and more.

Melissa Joan Hart plays Liz in the new Netflix comedy No Good Nick. The actress has had a number of roles over the years — Sabrina the Teenage Witch, Clarissa Explains It All, and more — but her role in No Good Nick features a big first for her. “My role in this is really different because I’m very career-driven, and a cold, hard mom. It’s the first time I get to play a mom on television, which is awesome,” Melissa told HollywoodLife EXCLUSIVELY. “That’s exciting because I’ve never played a mom of a baby or I’ve never played pregnant.”

The show follows a 13-year-old named Nick, who infiltrates the Thompson family with the intention of getting revenge on them for unknowingly ruining her life. As she gets to know the family, she begins to see them in a new light and struggles with whether or not to go through with her plan. “My character isn’t that thrilled about it [Nick coming into the Thompson family home], which is really interesting because she’s unlike the kind of sweethearts I’ve played before,” Melissa continued. “She’s very cold and hard and doesn’t really want to bring up kids. She’s focused on her career and her family.”

Melissa’s onscreen husband is played by Stranger Things alum Sean Astin. She opened up about working with him and the younger kids on the show. “He was incredible. We have such fun. We are like family now,” Melissa said. “The whole cast is just so amazing. They’re younger than us, but they are so professional and so talented. They are going to be big stars. I just think that these kids are so uber talented and they have so much to give and they are going to be around for a long time. No matter how long our shows last, you know?”

In addition to No Good Nick, Melissa is promoting her new partnership with Kelley Blue Book and their recently announced Best Family Cars of 2019, a list of 2019 model-year cars that are best suited for families. Melissa told HollywoodLife why this partnership was so great for her. “I love to drive. I always drive myself. If I’m with a group of friends or whatever, I’m always the one saying I’ll drive. I love to be in the car. Maybe it comes from my days on Clarissa. I also know that growing up in New York City a little bit, not really having a car as a teenager, I just love to drive now. I love that Kelley Blue Book is the trusted place to go to find the perfect family car. I know that my family’s used Kelley Blue Book before, but it’s so important for me with my family to always make sure we have the right car for what we need. We do a lot of road trips. Right now, I’m working in LA, but my family’s living in Lake Tahoe. I do that road trip about once a month. It’s just so important to us to have the perfect family car.” You can go to KBB.com to find the best of the best family cars for 2019.