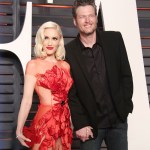 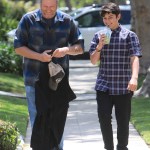 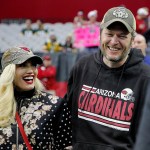 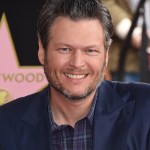 Miranda Lambert seemingly threw shade at her ex Blake Shelton when she performed at the ACM Awards on April 7, and he, along with his new love Gwen Stefani, were watching from the audience!

Miranda Lambert, 35, had her hot new husband Brendan McLoughlin,27, on her arm Sunday night for the ACM Awards. But that didn’t stop her from taking a dig at her ex-husband, Blake Shelton, 42, who was in the audience with Gwen Stefani, 49, by his side. When Miranda took the stage to sing a medley of her hits, she changed the words to her song “Little Red Wagon,” and sang “I got the hell out of Oklahoma” instead of singing “I live in Oklahoma.” Considering Oklahoma is where she spent the majority of her four year marriage with Blake, it seems pretty clear that she was taking a little lyrical jab.
So how did Gwen react? Well, “she was shocked by Miranda’s public diss of Blake,” says a friend of the pop star. “Gwen was embarrassed for Miranda because it seems obvious to her that Miranda is still thinking about Blake even though she is married and appears to have moved on, she clearly hasn’t.” Considering Miranda has found love again, it is a little odd that she’s still throwing shade at her ex-husband. “Gwen and Blake laughed off Miranda’s lyric change too. Gwen loves Oklahoma so much, she thought the whole thing was kind of funny.”
According to a second source close to the Gwen and Blake, they are taking the shade in stride — but they both wish Miranda would let the past go. “Blake and Gwen think Miranda is being a little petty with the whole situation,” says the source. “Blake was all about the high road and moving on and thinks it’s just silly that Miranda keeps lighting the fire. Blake and Gwen are saying to themselves, ‘Get over it already!” They hope that they don’t have to deal with Miranda’s games anytime soon. They are about their relationship and are happy with how going.”
But if Miranda was aiming to cause any tension for the happy coupe, she missed her mark. “The entire weekend was a total blast for Gwen,” says her friend. “She loves being able to show up and support her man at his events. Gwen feels more in love with Blake than ever before and being able to laugh off Miranda’s surprising attempt at an insult has only brought Blake and Gwen closer together.”