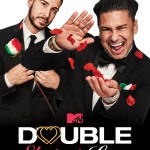 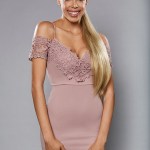 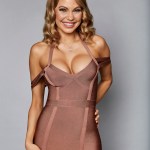 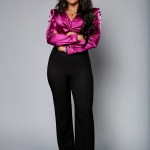 Anything will happen on ‘Double Shot At Love With DJ Pauly D & Vinny,’ including…marriage!? The creator of the new dating competition EXCLUSIVELY dishes on if these ‘Jersey Shore’ bros are really ready to trade ‘GTL’ for a low-key life at home.

While the name SallyAnn Salsano may not be as immediately recognizable as “Snooki,” “JWoww” or “The Situation,” without her, reality television wouldn’t be the same. The producer and CEO of 495 productions — who helped create a plethora of shows like A Shot At Love, Jersey Shore, and the subsequent JS spinoffs – will work her magic again with Double Shot at Love with DJ Pauly D & Vinny, premiering on April 11. The new dating competition show sees twenty eligible ladies vie for the affection of Paul “DJ Pauly D” Delvecchio, 38, and Vinny Guaagnino, 31. Yet, as SallyAnn says while EXCLUSIVELY chatting with HollywoodLife.com, Vinny and DJ Pauly D are different than they were when Jersey Shore debuted a decade ago. They may be ready to — gasp! — grow up and give up their bachelor lifestyles.

HollywoodLife: Do you think Vinny and Pauly are both ready to settle down and get married?

SallyAnn Salsano: I really, truly do. I hope that they both play into it, saying like, “Look.” They both live right by. They both feel very blessed. Like, they both are living a life that I think they didn’t even dream that big. You dream of things, but I think the life that they live is even bigger than the dream that they had, and it is a little bit lonely.

You come home at night, you come home from the road, from the hotel room, and then there’s nobody there. And I think that, as fun and great as everything looks, you like the sense of normalcy. You want to wear a t-shirt on a Friday night and watch T.V. They are those guys, and when all of us are around each other, when there are no cameras around, we hang out, we cook dinner, and everyone’s hanging around in basketball shorts and t-shirts and we’re all just like doing our thing. And I think that’s hard to understand, you know. I think there’s a balance that–I think that if the right girl came along, they were certainly open to it. I’ll tell you what they’re about after. And so, if they’ve learned to care about it, there’s no way we could have done it.

HL: And you’re responsible for essentially pioneering reality television. So what’s it like to see where the “Jersey Shore” kids are today versus all those years ago, and who of the cast has surprised you the most?

I think they all surprise me in different ways. And I can say that about all of them. I think I’m most surprised that in it all, as big and as famous as they all got, they’re still the same people. They’re really, really, really good kids.

I’m watching Angelina [Pivarnick] again get engaged, let’s call it again. You know what I mean? I’m watching Nicole [Polizzi, aka Snooki] have a baby again. I’ve watched Jenny [Farley, aka JWoww] fall in love with Roger [Mathews], have babies with Roger, marry Roger, now we’re on this rollercoaster ride.

I’ve watched Pauly D dream of being a real DJ, even in his town, the biggest person on the East Coast, and now I see the advertisements for him all over the world. I saw Mike [Sorrentino, aka The Situation] go down a weird path and him come out the other side, and the man that Mike is today is unrecognizable. He’s such a good dude. And going through what he’s going through now with such grace and class. I don’t know, I’m so proud of them all. Deena [Nicole Cortese] just had a baby, it’s like, “Oh my, my little meatballs, they’re having kids!” These people are chasing down the boardwalk.

HL: And are you happy with the way their stories are told today, ’cause I can’t even believe you guys are still filming!

I am so happy with it because it’s us. And I’m happy with it because we still shoot that show for real. And I love that, and I think that’s what the fans still love about it, and I feel like, that’s why we’re getting this reaction that we’re getting. It’s because what makes the “Jersey” kids the “Jersey” kids is that they were unapologetically themselves.