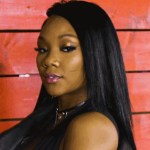 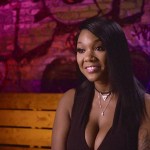 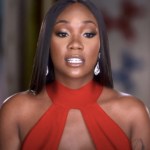 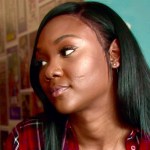 Nikki Nicole, of ‘Black Ink Crew’ fame, has been flirting with 50 Cent. Learn five things you need to know about Nikki inside!

News broke that Nikki Nicole of VH1’s Black Ink Crew: Chicago has been getting cozy with rapper 50 Cent, 43. The two were seen at a nightclub in Atlanta, and people who don’t watch her show may be wondering just who she is! We rounded up five things to know about the hair-obsessed beauty. Read on for what you need to know about the woman who’s now in 50 Cent’s life.

1. Her birthday is June 10, 1993. That makes Nikki 25 years old, and her zodiac sign is Gemini! While she filmed her show in Chicago, she was actually born in another part of the midwest – Sioux City, Iowa.

2. She’s an entrepreneur! Nikki has her own hair studio and she owns Nikki Nicole Hair Collection, a store where you can purchase hair extensions – both for your head and lashes.

3. Nikki’s a reality television star. After dating tattoo artist Phor Everim, 31, she became a regular on Black Ink Crew: Chicago. In her show introduction, she said the only reason she entered reality television life was for Phor! The show was also a perfect place for her to show off her hair and advertise her business!

4. She has a large social media presence. The VH1 star has over 700,000 followers on Instagram. She posts photos to her account of her outfits, event appearances, and, of course, pictures of her hair! Nikki’s a fan of skin-tight, curve-hugging outfits – she loves the clothing brands Fashion Nova and PrettyLittleThing!

5. Nikki’s nemesis on the show was Kat. The latter of the two, a tattoo artist, was Phor’s girlfriend before Nikki dated him. We hope now that neither are dating him, it can be water under the bridge!

We’re curious if 50 Cent will make an appearance on Nikki’s social media now that he and Nikki are hanging out! We may only see snippets of them from sightings in real life at the moment, but maybe we’ll see more of their hang outs on her Instagram Lives or posts later on! For now, we’ll keep an eye out for these two!