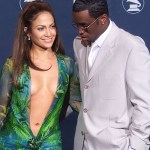 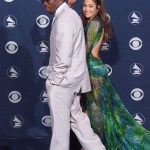 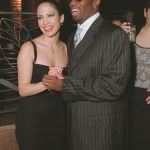 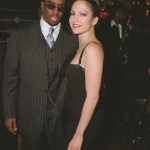 Diddy raved over one of Jennifer Lopez’s recent Instagram posts, but does it mean he wants her back 18 years after they dated?! HollywoodLife has the EXCLUSIVE scoop!

Jennifer Lopez, 49, is happily in a relationship with Alex Rodriguez, 43, but that didn’t stop her ex, Diddy, 49, from commenting on her recent Instagram pic with a heart-eye emoji. Don’t worry, though — Diddy is totally aware that J.Lo is off the market. “Jennifer will always be one of Diddy’s great loves, and he still cherishes her and their memories to this day,” an insider tells HollywoodLife EXCLUSIVELY. “But he isn’t pursuing her. He was simply giving her a well-deserved compliment, not trying to swoop her up.”

Diddy dated J.Lo when her music career was first kicking off in the late 90s, but they split in 2001. Since then, they’ve remained amicable, and have had nothing but great things to say about each other in recent years. “Diddy has a deep respect for Jennifer and would never try to interfere in her relationship with A-Rod,” our source explains. “It was just a case of him wanting to show his admiration.” The picture Diddy commented on featured J.Lo flaunting her insane abs in workout gear, so we don’t blame him for wanting to let her know how good she looked! “He is simply all about spreading the love,” the inside concludes. “No one should read anything into his comment.”

As HollywoodLife previously reported EXCLUSIVELY, J.Lo was totally flattered by her ex’s compliment, and an insider confirmed to us that A-Rod knows it was all in good fun. The former baseball star even left his own comment on the pic — “LUCKY ME,” he wrote — to make sure everyone knows who J.Lo really belongs to!

Jennifer and Alex have been together for two years now, and have sparked talk of a possible engagement for many months at this point. However, they’ve both made it clear that they’re incredibly happy with how things are going with each other and their ‘blended’ family — they both have two kids — and are clearly in no rush to tie the knot. If it’s not broke, why fix it, right!?