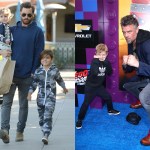 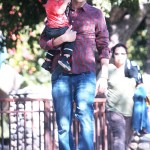 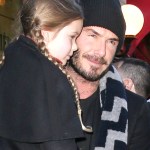 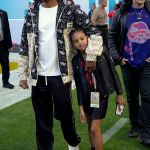 Rihanna is ‘incredibly maternal,’ a source close to the star says, so seeing two of her ex-boyfriends become fathers means she’s got babies on the mind. Will she be next?

Rihanna‘s ex Chris Brown, 29, welcomed his daughter Royalty to the world in 2014 — but now that Drake, 31, has a baby of his own, it’s got to be strange for the “Just You” singer to see two of her exes tackle fatherhood. In fact, ever since Drake confirmed that he had a child with Sophie Brussaux, Rihanna has been giving motherhood a thought, a friend of the 30-year-old singer told Hollywoodlife.com EXCLUSIVELY. And the fact that Drake admitted in an interview with Lebron James and Maverick Carter that he once wanted to start a family with Rihanna probably only added to that.

“It’s a little weird for Rihanna that both Drake and Chris had kids before her,” the insider said. “She truly didn’t see that one coming because she’s always felt like she was the most mature one out of them all. She’s happy they’re both stepping up and being great fathers — and she’s not sitting there wishing that she was either one of their baby mammas — but it does make her think more about having kids herself.” That’s only natural, right? Especially since the source referred to Rihanna as “incredibly maternal” and added, “Anytime there are kids around her, she’s obsessed.”

But before you get your hopes up that RiRi will be sporting a baby bump soon, dial it back a bit. She’s reportedly going to take her time because when she does start a family, she wants to make sure she does it right! “She’s very practical and knows how much her life will change once she becomes a mom,” the insider said. “When she has kids it won’t be a part time thing where she lets nannies do most of the work. She will want to totally devote herself. It’s a little scary because she knows it’s going to change her whole life so much, so she’s waiting until she’s sure she’s ready.”

Sounds smart! Rihanna’s clearly got a good head on her shoulders. She’s going to be such an amazing mom — when the right time comes!

Hollywoodlife.com has reached out to Rihanna’s rep for comment.