Ariana Grande is going to take some time away from the spotlight to heal and mend. She was still recovering from the deadly 2017 bombing at her Manchester concert when ex Mac Miller died.

Ariana Grande, 25, should be on top of the world right now. She dropped her new album Sweetener in August and it shot to number one on the Billboard charts. She’s also engaged to fiance Pete Davidson, 24, after a whirlwind romance that started immediately after her May breakup with boyfriend of two years Mac Miller. Then things took a devastating turn when Mac was found dead on Sept. 7 inside his LA home from an alleged drug overdose that broke Ari’s heart.

She’s still recovering from the deadly May 2017 bombing that killed 22 people at her Manchester, England concert. Even in interviews she did for Sweetener, Ariana still broke down in tears about the terrorist attack and how much it still weighs on her psyche. Mac had been her rock after the horrific tragedy, and now that he’s dead, it’s become too much for Ari to all take in at once. She was scheduled to attend the 2018 Emmys on Sept. 17, but stayed home. Pete remained in New York with her even though the rest of his Saturday Night Live cast was on hand in LA to celebrate their win for Best Variety Sketch Series.

“Given the events of the past couple of years, Ariana is going to take some much-needed time to heal and mend. She will be staying close to home and using this period to spend time with her loved ones and work on new music without deadline. She thanks her fans for their understanding,” her rep tells HollywoodLife.com.
Ari opened up about Mac’s death on Sept 14, sharing an Instagram video of him telling a story to her in happier times. She wrote “i adored you from the day i met you when i was nineteen and i always will. i can’t believe you aren’t here anymore. i really can’t wrap my head around it. we talked about this. so many times. i’m so mad, i’m so sad i don’t know what to do. you were my dearest friend. for so long. above anything else. i’m so sorry i couldn’t fix or take your pain away. i really wanted to. the kindest, sweetest soul with demons he never deserved. i hope you’re okay now. rest.” 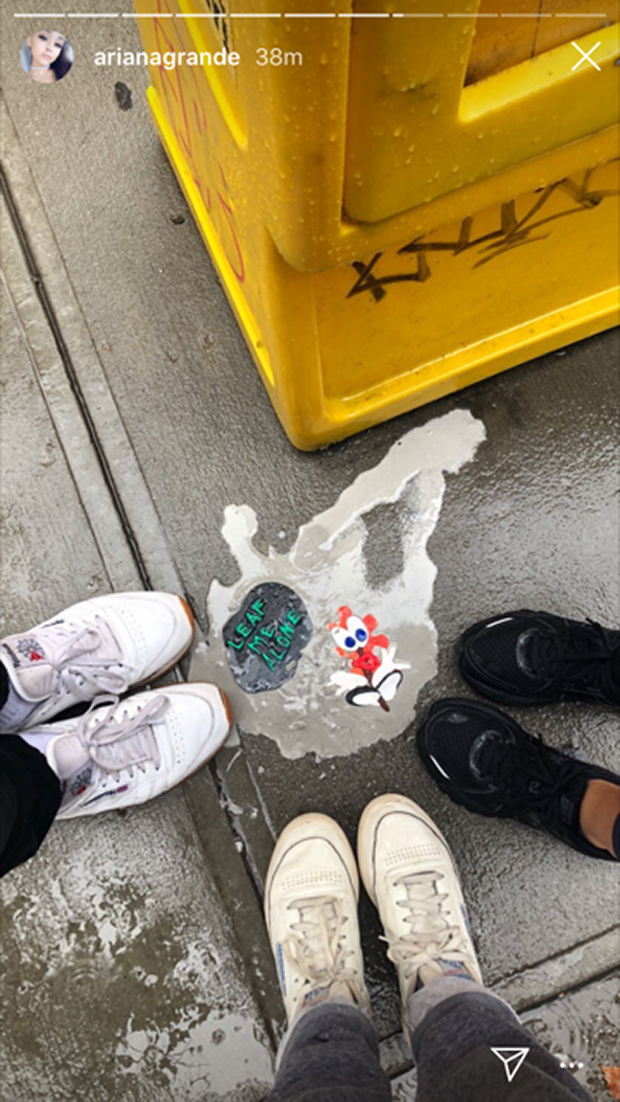 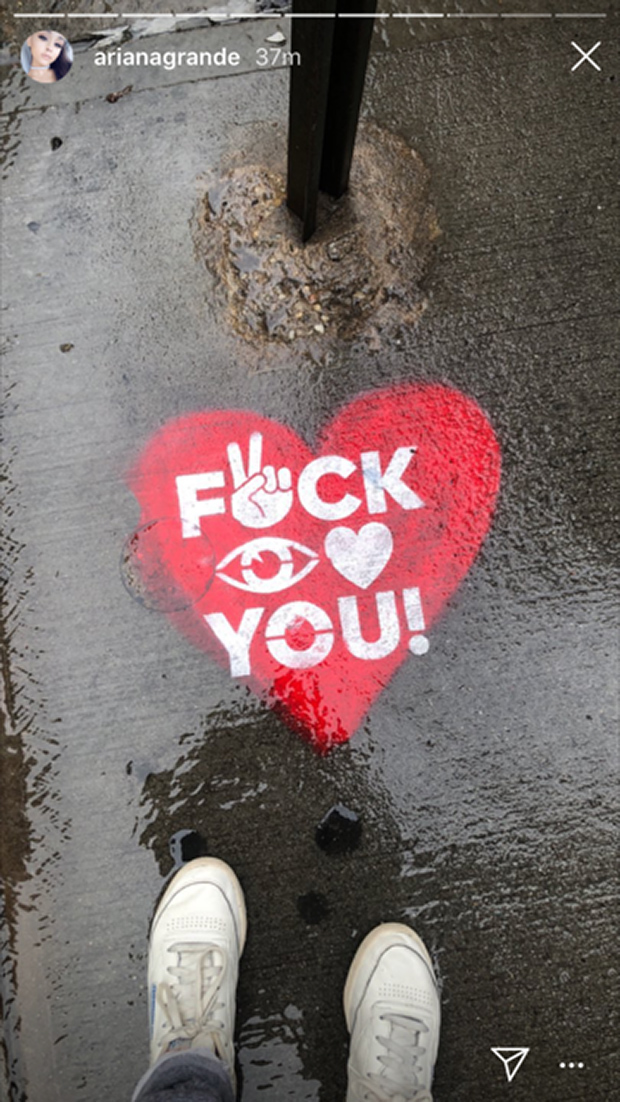 Ariana seems to just want to be left alone these days to deal with her heartbreak. On Sept. 18 she shared several photos in her Instagram stories that included a pic of her sneakers on a NYC sidewalk appreciating street art, including a red heart that read “F**k I Love You.” She also included another photo of her feet with two other people beside her standing over some spilled coffee on the sidewalk with a sticker in the middle that read “Leaf Me Alone.”