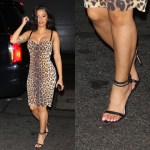 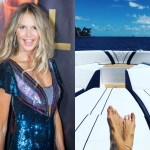 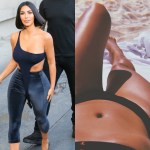 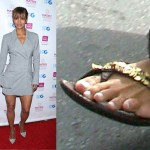 Can a celeb catch a break? Elle Macpherson got slammed on Instagram for having ‘ugly’ feet, as if the rest of her isn’t flawless. She’s not alone, though. These 9 stars have also been accused of having weird toes!

All Elle Macpherson was trying to do on Instagram was take a cute pic to show off her yacht ride in Miami. But despite the beautiful view, all anyone could focus on in the comments was the size and shape of the 54-year-old former supermodel’s feet. One Instagram user dubbed her “Frankenstein Feet,” while another said that she had “jacked up toes.” How rude is that? Her feet are perfectly fine, and for those saying they’re too big, well, Elle is six feet tall! If her feet were tiny she’d fall straight over!

Elle’s not alone when it comes to toe scrutiny (yeah, that’s a thing now). Kim Kardashian is well-versed on the subject. Poor Kimmy had massively swollen feet throughout her pregnancies with North and Saint West, yet she continued to wear her beloved heels the entire time. Cue foot chub rolling over the sides and poking through straps. It looked a little goofy and majorly painful, and “fans” never missed an opportunity to rib her about it. Even when her feet deflated, they still criticized her “long” toes. Let the woman live!

For more pics of celebs who have been accused of having messed up feet, like Sarah Jessica Parker, Halle Berry, and Ashton Kutcher (his toes are webbed!) scroll through our gallery above! We promise you’ll get a kick out of this.