Kim Kardashian has been working HARD on her body, and she revealed in an Aug. 21 interview that she’s officially lost 20 pounds!

Just weeks after Kim Kardashian, 37, revealed that she weighs of 119 pounds, she’s dropped even MORE weight! “I’ve lost 20 pounds and I’m really proud of that,” the reality star told E! News on Aug. 20. “I was almost 140 forever and now I’m like 116 and it just feels so good. I didn’t see the results right away, but when you stick with something and you’re consistent, you will. So, I love it.” At the event, Kim showed off her thin frame in a skintight pink dress, which put her 24-inch waist and perfectly curved hips on full display.

Earlier this summer, Kim posted a series of Instagram videos of her sisters raving over how skinny she looked, which is when she revealed her weight of 119 lbs. After the videos went viral, Kim was slammed for promoting an unhealthy weight, and the body shamers came after her in full force. However, Kim is clearly unbothered by the criticism, and will not let the haters stop her from proudly boasting about her weight.

As Kim previously revealed, her weight loss results are thanks to her trainer, former bodybuilder, Melissa Alcantara. This September will mark one year that the ladies have been working together, and Kim has been open about how Melissa has completely changed her fitness routine and nutritional lifestyle. 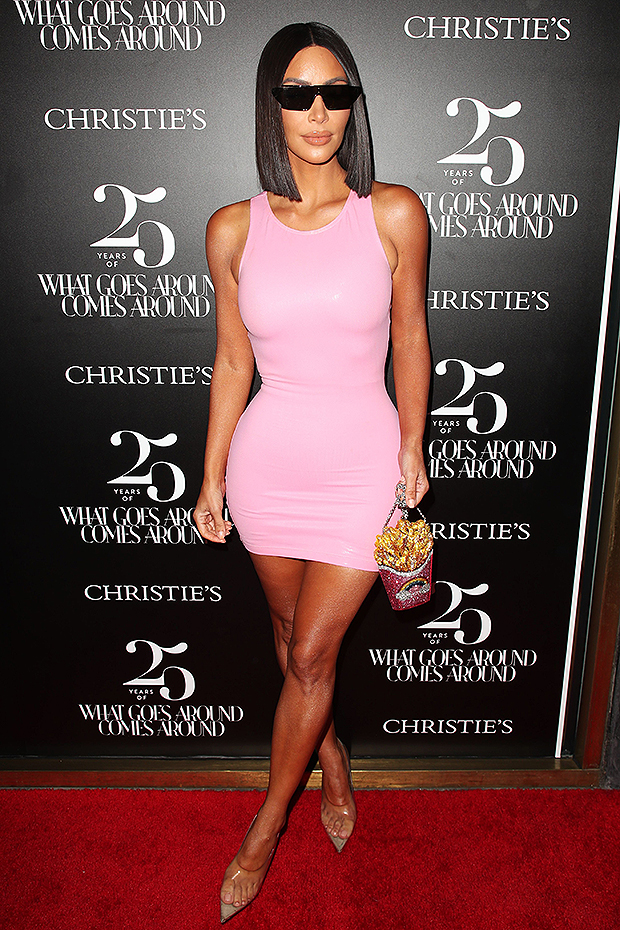 Melissa previously revealed that she works out with Kim six times a day, while also working with the reality star’s team of chefs to provide healthy recipes. “She’s committed,” Melissa told People. “She knows what it takes, but it’s also really grueling. It’s heavy, it’s killer, but she’ll be like, ‘Alright, let’s do it!’ She’s a workhorse.” And, clearly, she’s seen those results!