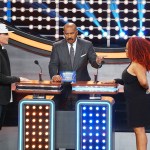 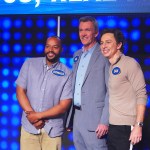 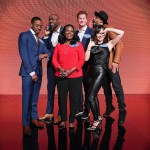 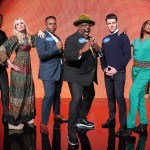 Leave it to Kim Fields’ mom to have the best ‘Celebrity Family Feud’ answer! HollywoodLife has an EXCLUSIVE preview of the Aug. 26 episode where Kim’s mom steals the show!

In HollywoodLife’s EXCLUSIVE preview of the Aug. 26 episode of Celebrity Family Feud, Steve Harvey asks Kim Fields’ mom, Chip, what ingredient a baker uses that would be a good name for a stripper. Chip doesn’t hesitate with her answer: “Chocolate chips.” The answer took everyone by surprise, including Kim! She is speechless! Kim’s sister, Alexis, chimes in and says, “Wait, wait, wait. Is that how you got your name?” Oh my goodness!

Steve wants to know the answer to that question as well! “Got the ingredient on her name!” Steve jokes. “Come on out here, Chocolate Chip!” Gosh, isn’t Steve just the best and most hilarious host? Kim’s team includes her mom, sister, husband Christopher L. Morgan, and mother-in-law Ophelia Rucker Morgan. This is going to be one fun game of Celebrity Family Feud, and that’s a fact!

The Facts of Life star and her family are competing against rapper Vanilla Ice and his crew — niece Tabatha Kay Chansard, sister Alisha Carroll, nephew John Carroll, and daughter Dusti Rain VanWinkle — for charity. In a separate game, rapper and Law & Order: SVU star Ice-T and his wife, Coco, compete against Empire actress Vivica A. Fox along with their families.

This season of Celebrity Family Feud has featured stars like Kim Kardashian, Kanye West, Steph Curry, Taye Diggs, Tori Spelling, the Grey’s Anatomy and Station 19 casts, and Olympians Shawn Johnson East and Laurie Hernandez. Celebrity Family Feud was recently renewed for a sixth season, which will premiere in 2019. The show airs Sundays at 8 p.m. on ABC.