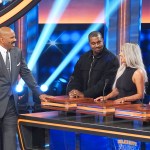 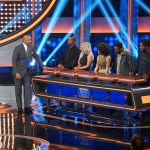 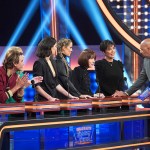 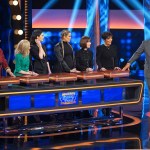 The highly-anticipated premiere of ‘Celebrity Family Feud’ has arrived, and the show is kicking off with the Kardashians going up against the West family! Here’s everything you need to know about the epic episode!

3. When was this episode filmed? The Kardashian vs. West episode was reportedly filmed in late Feb. 2018, according to Page Six. That’s probably why Kylie didn’t compete. She had just given birth to daughter Stormi Webster that same month! Khloe didn’t give birth to True Thompson until April 2018.

4. The Kardashians take the game very seriously. In a preview released to tease the episode, the Kardashians are competitive AF. When Khloe and Kim go head-to-head, Khloe refuses to shake Kim’s hand!