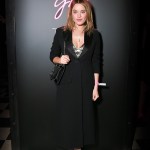 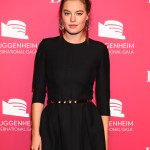 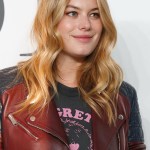 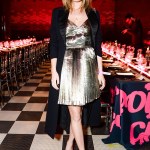 Harry Style & Camille Rowe have reportedly decided to call it quits after a year of dating! Here’s everything we know about their breakup.

Harry Styles and his girlfriend Camille Rowe have broken up almost exactly a year after the two were rumored to have started dating, according to a new report from The Sun. The breakup comes just two weeks after Harry ended his months-long world tour, which included 89 dates all over the globe. Camille was in attendance for the final show of Harry’s tour in L.A. earlier this month (as was his ex, Kendall Jenner), but the romance has since fizzled out. The Sun is not reporting any specific details about what led to the split.

Harry was first spotted out about in NYC with Camille in late July of 2017, and since them, there were even rumors that he was set to pop the question to the gorgeous model. “Harry’s getting serious with Camille — so much that he’s been telling friends he wants to propose,” a source told Life & Style magazine in January. In fact, the publication reported that “he’s been raving about Camille not being like any of the other girls he’s dated.” However, there was never any confirmation of an engagement for the pair.

The now-exes were rarely been seen out together throughout their relationship, in an attempt to keep their love under the radar. However, last fall, they proved they were definitely an item when fans spotted them at a restaurant together. Harry was seen carrying what appeared to be Camille’s colorful handbag, walking just a step ahead of her inside a restaurant in Los Angeles. What a gentleman!

Harry and Camille first hit it off after being introduced by a friend last summer. “They were introduced by their mutual friend Alexa Chung,” a pal of Alexa’s told HollywoodLife.com EXCLUSIVELY. “Harry’s dated two Victoria’s Secret models in the past, so Alexa had a hunch he would really be into Camille, and well, she’s gorgeous, so why wouldn’t he?!! They immediately clicked and Harry is pretty smitten. Camille is super cool, and has this really thick French accent which Harry thinks is really sexy!” Unfortunately, the love just didn’t last.