Johnny depp, 55, was photographed for the first time since news of his 16-year-old son, Jack Depp III‘s “serious health problems.” The actor was spotted leaving his  tour bus in the Munich, Germany after performing with his band, the Hollywood Vampires, at the Tollwood Festival on June 27. It’s unclear where the actor was headed, but he did not appear to be stressed amidst the news of his son’s alleged declining health. Jack is currently in Paris, where he his under the care of his mother, Vanessa Paradis. See the most recent photo of Johnny Depp below.

Paradis ended up missing premiere of her new movie A Knife In The Heart on Tuesday, June 26, due to Jack’s condition, according to reports. Paradis and Depp, who dated from 1998 to 2012, share two children together, Jack, whose whose real name is John Christopher Depp III, and Lily-Rose Depp, 19. The exes endured a health scare with Lily back in 2007, when the then seven-year-old was rushed to the hospital for e-coli poisoning, which resulted in temporary kidney failure. 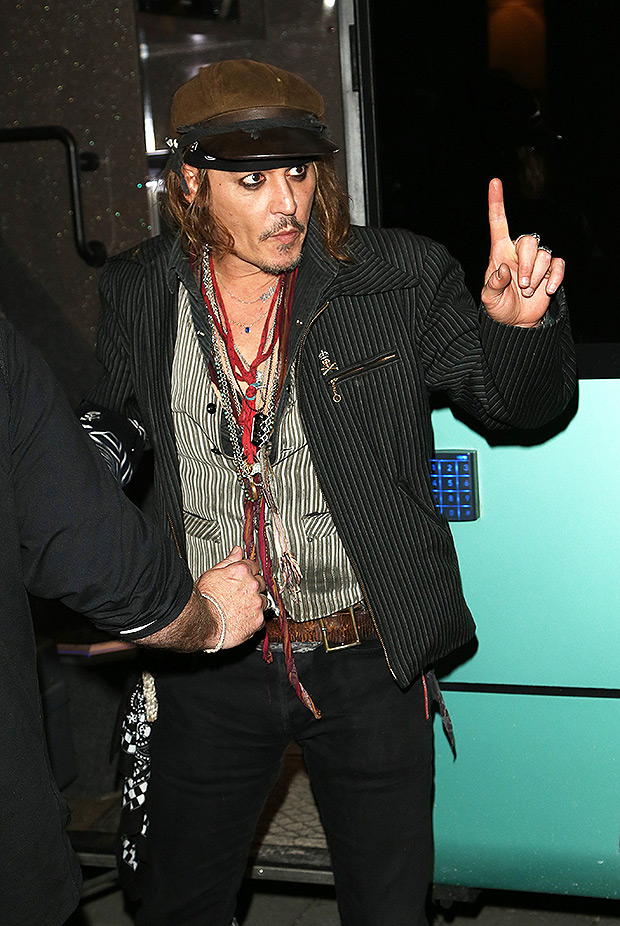 Depp has yet to publicly address his son’s reported health issues, and he has not announced any absence from his tour schedule. The actor and his band are currently on tour in Europe through July. The band, which includes members, Joe Perry, and Alice Cooper, have been touring for about three years nonstop. They released an album in 2015. Depp was pictured looking like his old self again after many fans were concerned about his extremely thin and frail figure back May.

Jack’s condition is unclear and it has not yet been revealed what was cause the of his alleged health issues.