Mark Consuelos, 46, posted a gorgeous Instagram photo of wife Kelly Ripa, 47, in a bikini while on their vacation. Unfortunately, internet trolls started body-shaming the daytime talk show host for wearing a string bikini. It didn’t take long for Mark to chime in and defend his wife against the mean haters in the comments. “I wanted to take a couple days to weigh in. Probably should’ve earlier arguably. But I wanted to be above it. Well, now I’m not,” the Riverdale actor commented. “I posted this pic of the women I most admire. As a playful tribute to my wife who I’m proud of in endless ways. She works extremely hard in her professional life and her commitment to exercise, healthy diet is admirable and the benefits show. Yes she’s wearing a bikini at age 47 and will no doubt wear one for many years to come. If that offends you in some way, if it triggers you, or some other psychosis you’re suffering from, I suggest you get over it and get used to it. To all the males that had something negative to say, I suggest you bring it up with me if ever I’m lucky enough to run into you. I’m going to get back to my vacation now. thanks for allowing me to express myself.”

You tell those haters, Mark! Most people had nothing but nice things to say about Kelly’s incredible physique, but there were some who just had to say something negative. One commenter said, “Kelly’s gorgeous, but isn’t there a cutoff age where age appropriateness comes into play? Just because you can rock a bikini, doesn’t mean you should.” Another commenter wrote that Kelly had the “body of a 12 year old boy.” Seriously? How rude.

Kelly works hard to maintain her amazing body. HollywoodLife found out EXCLUSIVELY that the Live with Kelly & Ryan host eats “super clean” throughout the day and “rarely eats junk food.” She does allow herself to cheat every now and then with french fries or pizza. Kelly and Mark, who have been married for over 20 years, continue to prove they are the epitome of #RelationshipGoals. In addition to their jobs, they’re raising three kids — Michael, 20, Lola, 16, and Joaquin, 15. HollywoodLife learned EXCLUSIVELY that their secret to a lasting marriage is “that they still really love each other.” Their chemistry is “hotter now than when they first fell in love, and they have lots of sex, too.” 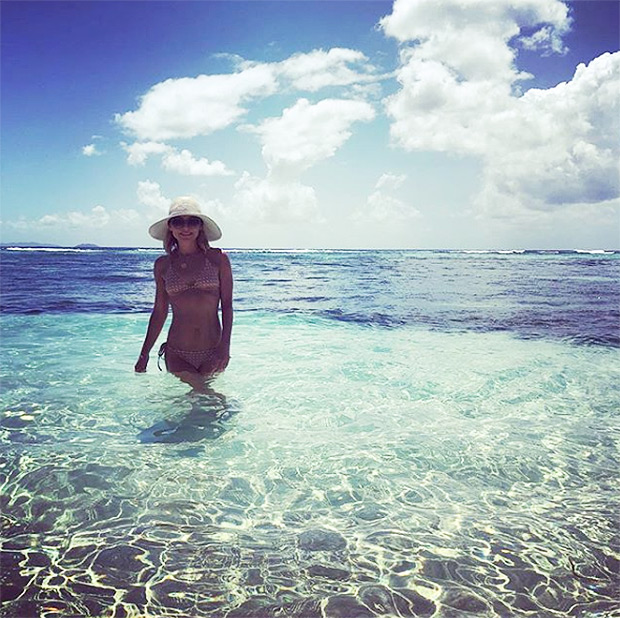