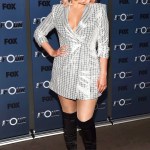 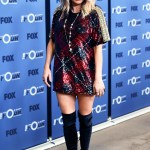 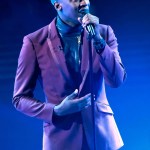 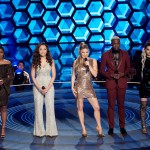 Ahead of ‘The Four’ finale on Feb. 8, learn more about finalist Candice Boyd, who will be duking it out with three other singers to win season 1 of the show!

1. What was Candice Boyd’s journey on ‘The Four’? It’s been quite a ride for Candice Boyd on The Four! We were first introduced to her on the show during episode two, when she showed up as a challenger. After a performance of “I’m Goin’ Down,” she got ‘yes’ votes from all four judges, Charlie Walk, Meghan Trainor, Diddy and DJ Khaled to move on. Candice decided to challenge Ash Minor, an original member of “the four,” and won his seat with her rendition of “Dangerous Woman.” However, she was eliminated in episode 3, when Tim Johnson Jr. came in and beat her in the challenge. The judges chose Candice as one of their four “comeback” artists in episode five, and after she won her battle against Saeed Renaud, she decided to challenge Nick Harrison for his seat. The audience voted her through to the finals after she sang “Ex-Factor.”

2. She’s collaborated with people you’ve heard of. Candice already had some success as an R&B singer and songwriter before coming to The Four. She is signed to Epic Records, and was also on Ne-Yo’s roster of Compound University artists. She has writing credits on a Tamar Braxton album, has toured with Eric Benet, and sang background vocals on songs for stars like Nicki Minaj, Flo Rida, David Guetta and Nelly. Hmm..even if it doesn’t work out on The Four, Candice has clearly made some pretty awesome connections!

3. She’s already had some success in the music business. 2017 was a big year for Candice! Not only did she film The Four, but she was also featured in BET Music’s The Showcase in NYC. Plus, she performed at the Soul Train Awards in November! She released the song “Damn Good Time,” featuring French Montana, in 2016 and the video has more than 1 million views on YouTube.  Her second single, “Make Me Over,” was released in 2017.

4. She got her start on YouTube. Candice found her love for singing in the church, and then, with the intention of starting a music career, she began uploading videos of herself to YouTube. She was discovered by APG/Atlantic Records, which eventually led her to the deal with Epic.

HollywoodLifers, do you think Candice has what it takes to win The Four?!