Robert Pattinson, 31, went into full thirst trap mode after taking some time during his Antigua vacation to go on a shirtless run. Seriously, has he been lifting? Because Robert looks absolutely ripped, from his chiseled abs to his bulging biceps. Honestly, this might be the most in shape he’s been in his entire career. In fact, part of his creative fitness routine involved lifting a bag full of sand and doing some squats with it. He was also spotted having a Baywatch moment, while running through the water. Well, whatever he’s doing — it’s clearly working! While you keep ogling the photos above, check out a full size picture of Robert shirtless below!

We reported earlier how following a dinner date and an alleged make-out session, Katy Perry, 33, is ready to commit to Robert, but she feels like he still thinks of her as a friend, according to a source. After seeing this pic, she’s got to be trying to find a one way trip out of the friend zone. With reports that Robert already has been crushing on Katy for ages, it might be only a matter of time before the two of them become official.

Speaking of sparks flying, the two went on a romantic date together at a Silverlake restaurant, grabbing a corner table at Taix along with a couple of friends. According to an eyewitness who spoke EXCLUSIVELY with HollywoodLife.com, they were indeed very flirty with each other. Click here to see pics of Robert and Katy together! 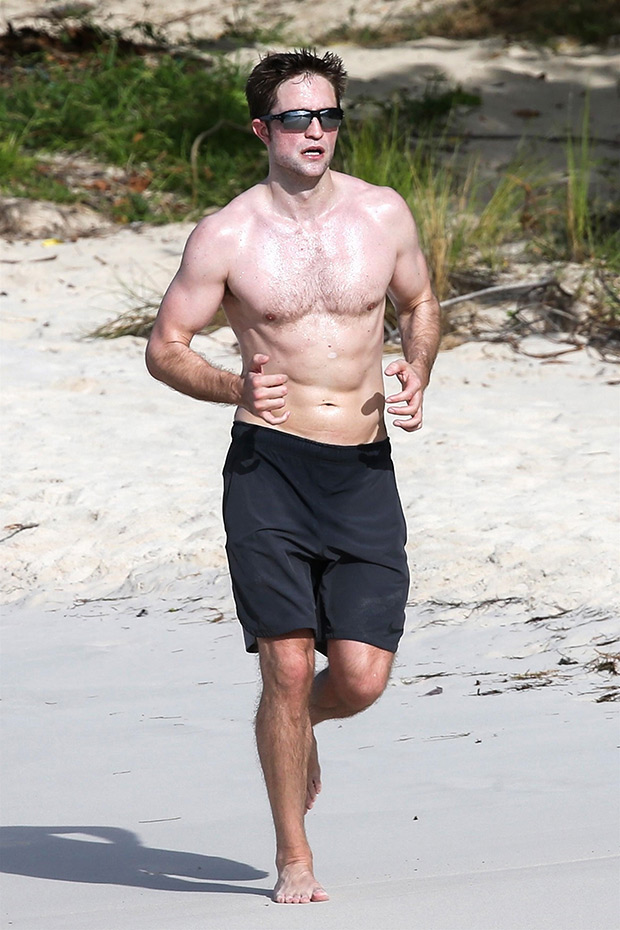 HollywoodLifers, what do you think of Robert’s shirtless look? Do you think Katy has seen the pic as well? Let us know your thoughts in the comment section below.