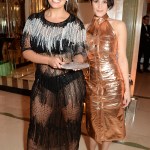 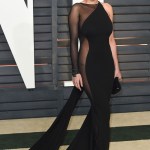 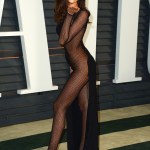 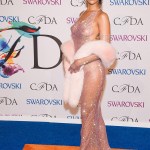 Leaving very little to the imagination, stars like Ashley Graham, Bella Hadid, and many more have rocked see-through dresses at some of Hollywood’s hottest parties! Check it out!

See-through dresses have officially taken over Hollywood. Everywhere you look, whether it’s on the red carpet or in a music video, celebrities are going above and beyond to flaunt their killer bodies in sheer materials. Their outfit choices never cease to amaze us, so let’s run down the list of our favorite (and most shocking) moments. First up, miss Blac Chyna. The mother-of-two rocked a see-through dress made out of CHAINS for BFF Amber Rose‘s annual Slut Walk event in downtown Los Angeles. She revealed her bare booty in a tiny black thong, and baaaaarely covered up her nipples in a sheer, black bra.

This wouldn’t be a complete list without at least three different examples brought forth by Kim Kardashian. The reality star appears to be a MAJOR fan of the see-through dress trend. Check it out — her boobs nearly poured out of her see-through get-up while vacationing with hubby Kanye West in Miami. Then in July of 2017, she exposed her bare boobs in a sheer dress that looked like it was made of plastic! Good thing she had a trench coat on. Even overseas, in one of her favorite cities, Paris, Kim just can’t stop flaunting the goods!

Unfortunately, sometimes the sheer look gets the better of certain celebs. It’s extremely easy to suffer an unlucky wardrobe malfunction, which is exactly what happened to Selena Gomez on date night with now-ex-boyfriend The Weeknd. While wining and dining in New York City, the “Fetish” singer accidentally flashed her nipples and butt in a sheer, black dress. Photographers caught a glimpse of her bare booty and thong as she turned around to get into her private car. Don’t sweat it, Sel, it happens to the best of us!

HollywoodLifers, have you ever tried the sheer-dress trend? Which celeb wears it best? Let us know!