Tara Reid’s cleavage was on full display as she made her red carpet debut with Ted Dhanik on Oct. 8! The hot new couple hit the red carpet at the CineFashion Film Awards, and Tara’s outfit had everyone talking. The 41-year-old stunning in a sequined, red, plunging dress, which cut high in the front, but featured a long train in the back. The plunging neckline forced Tara to go braless for the look, and her cleavage was front and center. The dress also put a lot of focus on her thing legs, and she completed the look with some sky high nude heels. Tara had a huge smile on her face as photographers snapped photos of her, both with her man and by herself.

For her beauty look, the actress pulled her hair back into a slick, low ponytail, and opted for a pop of bright red lipstick to match the dress. She also darkened up her bright eyes with thick liner around the rim, and added a heart-shaped diamond necklace. Tara is known to push the envelope with skin-baring outfits, so this red carpet look wasn’t all that surprising, and we think she looks great and super confident! Although Tara’s been criticized for being “too skinny” in the past, she doesn’t let the haters get to her, and doesn’t shy away from showing off her bod, despite the inevitable hate from her body-shamers.

Plus, it definitely helped that she seemed so happy to have Ted’s company — the two were first linked at the end of September when they attended Christina Milian’s birthday party together. Tara has had lots of ups and downs in her love life, but things definitely seem to be going well right now! 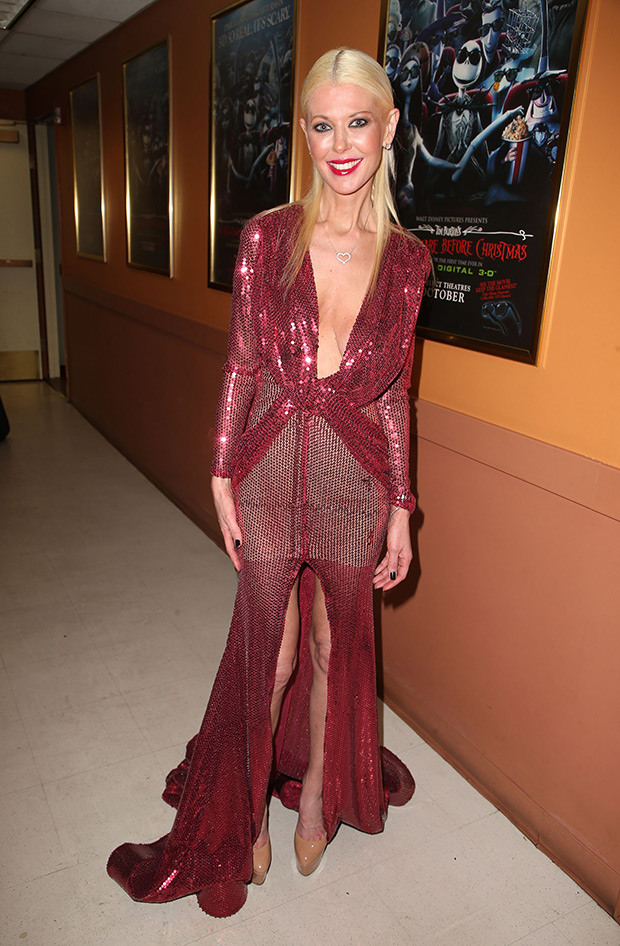 HollywoodLifers, what do you think of Tara’s look?