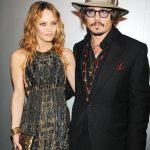 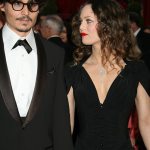 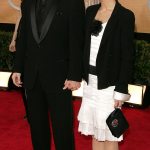 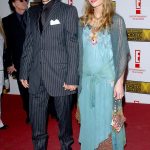 Could Johnny Depp be getting back together with his ex? No, not Amber Heard! Johnny may be rekindling his love with ex-partner Vanessa Paradis, according to a new report! We have the scoop, right here!

Johnny Depp, 53, split from wife Amber Heard, 30, after a highly contentious divorce and domestic abuse case, and now it seems that the actor has already moved on. Johnny’s next relationship is allegedly with someone familiar, according to sources who spoke to OK! Magazine: his ex-partner, Vanessa Paradis! Johnny and Vanessa, 43, separated in 2012, but this love is apparently meant to be!

Romance rumors are swirling after Johnny and Vanessa were spotted dining together in Los Angeles in early November. “They were flirting with each other in a quiet corner at the end of the bar and didn’t seem to care who was looking,” an eyewitness told OK! mag. The source dished that it appeared Johnny  “he didn’t want to leave her side,” and allegedly followed Vanessa to the bathroom at one point. Whoa!

One flirty dinner doesn’t mean the exes are back together, but there’s no denying their history. Johnny and Vanessa were together for 14 years, though they never married. They have two children together, Lily-Rose Depp, 17, and Jack Depp, 14. Vanessa was one of Johnny’s strongest defenders during his divorce from Amber. She vehemently argued in a handwritten letter that he had never laid a finger on her during their 14-year relationship, calling him a “loving and loved person.”

While Amber has been seen out and about with several people since settling her divorce and domestic violence case against her ex-husband, this is the first inkling that Johnny is seeing anyone.

HollywoodLifers, do you think it’s a good idea for Johnny and Vanessa to get back together? Tell us in the comments!