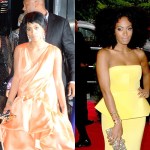 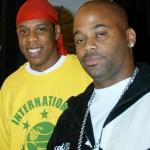 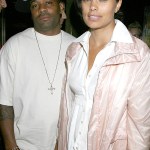 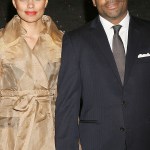 Are you confused by what went down between Beyonce, Jay Z, and Rachel Roy over the years to cause all of this post-‘Lemonade’ ruckus? Don’t worry, HollywoodLife.com has a detailed timeline of events to get you caught up!

Beyonce, 34, and Jay Z, 46, have been together for well over a decade, but that doesn’t mean they haven’t had their ups and downs. Here’s a complete timeline of events from their relationship, including how Damon Dash, Rachel Roy, Solange Knowles, and even Kim Kardashian fit into the equation!

First and foremost, lets address the elephant in the room: if Jay Z and Rachel Roy really did have an affair, the details surrounding it are very private. We don’t know where, when, or how many times Jay and Rachel allegedly hooked up behind Beyonce’s back, but we do know that it was before the 2014 Met Gala. Also, if you listen carefully to Beyonce’s lyrics throughout Lemonade, she alleges that she was cheated on after getting married. Eek!

But anyway, back to what’s really important: the timeline of events leading up to Lemonade. It all started back in the early 1990’s when Jay Z and his then BFF, Damon Dash, started Roc-A-Fella Records. By 1996 Jay and Damon started their own clothing line, Rocawear, and hired an up-and-coming Rachel Roy who eventually claimed the creative director spot.

Meanwhile, Damon and Rachel totally hit it off romantically. Almost ten years after they started working together, Rachel and Damon tied the knot in 2005. The pair had two children together over the years, daughters Ava and Tallulah, but eventually split for good in 2009.

As for Jay and Beyonce, the “Crazy In Love” couple met when she was just 18 years old in 1999, and it was pretty much love at first sight. Or maybe love at first collaboration. They kept their romantic relationship super private despite recording numerous songs together, and eventually they got married in 2008.

In 2002 when Jay Z was contemplating retiring out of the rap game, rumors began to swirl that he and Damon had a “falling out” over creative differences. To this day it is still unknown what sparked Damon and Jay’s massive feud, but it has been speculated that Jay was not a fan of Damon’s business decisions. Jay was later offered the role of CEO at Def Jam Records, and that label eventually bought out Roc-A-Fella — including Damon’s 50% stake in the label.

In 2012 Beyonce and Jay welcomed their first child, Blue Ivy Carter, in January. That May, Rachel joined Beyonce’s younger sister, Solange, on the red carpet at the Met Gala in New York City. Now, this is where things start to get interesting!

A handful of years later at the 2014 Met Ball, Solange outright attacked Jay Z in an elevator right in front of Beyonce as security cameras watched on. The footage was later revealed to the public, but they still had trouble putting the pieces of the puzzle together. Then, shockingly, it was revealed that Jay had allegedly had something going on with Rachel — and was reportedly caught talking to his ex-mistress at the after party. Gah!

It was widely speculated that Beyonce and Jay were going to call it quits, but just days later they stepped out for a romantic one-on-one dinner. Despite all of the recent drama, Beyonce couldn’t stop smiling at her hubby in the pictures, which you can see HERE.

Not long after the Met Gala elevator showdown, Kim Kardashian and Kanye West flew all of their friends and family to Europe for their wedding. Kim’s best friend, Rachel, was in attendance… but Kanye’s longtime best friend, Jay, was notably missing along with his wife, Beyonce. Instead of celebrating Kim and Kanye’s marriage, Jayonce went on vacation together!

Things were quiet for a little while and seemed to have died down,  but then Beyonce released Lemonade on HBO. The hour-long visual concept video premiered on Saturday, April 23, and it seemingly put Jay on blast for allegedly cheating. In one song, Beyonce tells her husband that he better call “Becky with the good hair,” which leads to our next point…

Hours after Lemonade aired, Rachel took to Instagram to post a selfie with the caption “good hair” and “no drama queens,” which immediately sent Beyonce’s fans into a frenzy. Assuming that she was the “Becky” in question, they started leaving comments and bee emojis all over Rachel’s posts until she finally started to block people. Not long after that her account went private and, unfortunately, Beyonce’s fans moved on to harass Rachel’s teenage daughter instead. Needless to say, it wasn’t very cool of them.

On Monday, April 25, Rachel cancelled a public appearance due to a “family emergency” that just so happened to coincide with the Jayonce drama. Just one day later she finally spoke out and blasted the rumors that Lemonade was about her in any way, shape, or form. “There is no truth to the rumors,” she said in an official statement, which you can read HERE.

Tell us, HollywoodLifers — What do YOU think about this tangled web of relationships? Comment below with your thoughts!