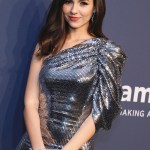 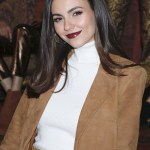 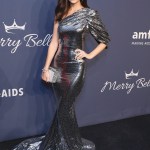 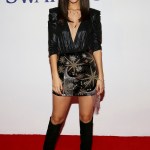 Let it all out, Victoria! With her suspenseful new MTV series ‘Eye Candy,’ Victoria Justice’s career is currently on fire. We were lucky enough to chat EXCLUSIVELY with the superstar–and she held nothing back! Listen to her end all the rumors for good, right here.

These days, Victoria Justice is heating up the small screen in her cyber-thriller series Eye Candy, and recently, she graced HollywoodLife.com with an EXCLUSIVE interview on our HollywoodLife podcast!. Victoria gave us the scoop on everything you ever wanted to know (yes, we’re talking about those Ariana Grande feud rumors).

While discussing everything from friendship to romance to her career, Victoria addressed the nasty rumors that she and her former Victorious costar Ariana had been feuding.

So is there really bad blood between the two talented ladies? Listen to the podcast here. (Victoria begins around 28:29!)

“I mean, there’s no feud going on,” Victoria said. “People really like to pit people against each other– definitely women. Like I said, we’re not like best friends but at the same time, I have no bad feelings towards her. I wish her well. She’s doing great with her career, she’s a talented girl. I want to see all of my cast mates succeed so I’m super happy for her.”

‘I Was Getting All Of This Hate’

Sadly, even though Ariana and Victoria aren’t feuding themselves, Victoria has received some serious hate because of the alleged beef.

“People thought that I bullied her because of something she said in Seventeen Magazine where she never said my name but [it] alluded to me basically, and that really upset me because people that know me — I’m not the type of person that would ever bully anyone,” Victoria said. “I was getting all of this hate. She even texted me when the article came out and she was like ‘I’m so sorry, I was talking about someone that I worked with on Broadway– I know that people twist words and that sort of thing.”

Why ‘Victorious’ Really Got Cancelled

Not only has Victoria received hate from Ariana fans, she’s also been bullied by those who blame her for Victorious for getting cancelled.

“I was just as shocked as everyone else when I found out that Victorious wasn’t getting picked up– it was a hit TV show on Nickelodeon,” Victoria said. “And I had– when I tell you zero, I had zero control. And as far as the Victorious tour happening, I also had no control over that… It’s just really frustrating that it seemed like all of a sudden all of the blame was put on me because of these Ariana rumors, these spurts of things.”

So, how does Victoria deal with the haters? She takes advice from Taylor Swift, of course!

“As the great Taylor Swift said, shake it off! But, you know, there comes a point where it becomes too much and you just have to set the record straight. I’m tired, I don’t want to get hate for something that’s not true,” she said.

And we’re so glad she did — so let’s go back to focusing on Eye Candy because we’re obsessed.