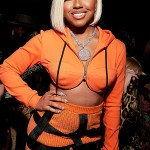 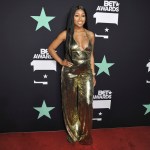 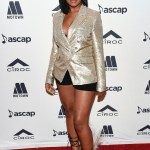 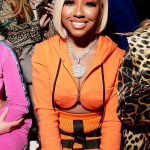 Yung Miami sparked dating rumors after posting a photo of herself holding hands with Diddy! Like Diddy, Yung Miami is a famous rapper herself — learn more about the City Girls singer.

Yung Miami, 27, caused a stir when she posted a photo of herself holding hands with Diddy, 51, on June 2. It was a glamorous photo, too: both rappers were dressed to the nines for the birthday party of Pierre “Pee” Thomas, the CEO of Quality Control, the record label that Yung Miami is signed to. The PDA came as a pleasant surprise to fans, since Yung Miami (whose real name is Caresha Romeka Brownlee) and Diddy haven’t been romantically linked in the past.

While it’s unclear if Yung Miami and Diddy have struck up a romance, fans are of course speculating over the possibility now. Here’s what you should know about the rapper whom fans can’t stop talking about online!

Yung Miami Is One Half Of ‘City Girls’

Yung Miami is famous for making up one half of the rap duo City Girls with JT. The rappers, who both hail from Miami, have achieved meteoric success since signing with Quality Control at the end of 2017. In 2018, they were featured on Drake‘s viral hit “In My Feelings” and released their debut album Girl Code. The album contained two major hits: “Act Up” and “Twerk,” which was a collab with Cardi B. You can watch the music video for “Twerk” above!

Yung Miami and JT have already released a sophomore album (City On Lock), and have gained considerable attention for more songs like the “P-ssy Talk” remix with Doja Cat and “Twerkulator.”

Yung Miami and JT’s relationship goes beyond just being rap partners; they actually met in middle school while living in the Miami-Dade county. “Caresha was one of those young ‘It’ girls. I was like, ‘Yo, she lit as f-ck!’,” JT said as she recalled meeting Yung Miami when they were just kids in an interview with Billboard, published in Jan. 2020. Yung Miami and JT didn’t try out music until 2017, when they wanted to write a diss track.

Me tooooo I love Kim to death but I gotta go with Trina 😩❤️ https://t.co/w5XwubhzzF

Trina, who made a name for herself in hip hop with her debut album Da Baddest B-tch in 2000, is Yung Miami’s godmother! “Trina’s like my God-mom, you know. Trina grew up like raising me. Like her and my mom was friends back in the day. So it’s like you know she raised me,” Yung Miami told Power 99‘s Roxy Romeo and Cappuchino in 2018.

Southside with his daughter Summer Miami, whom he shares with Yung Miami. [Instagram/@808mafiaboss]

Yung Miami welcomed a daughter, Summer Miami, with Southside in Oct. 2019. She also welcomed a son, Jai, with a man named Jai Wiggins who was fatally shot in 2020. Yung Miami paid tribute to the late father by sharing photos of Jai with their son shortly after the tragedy; she wrote, “Babies 1st words are DADA & that’s what you are a FATHER to Jai. You & Jai is peanut butter & jelly always together one thing about you, you don’t play about your son! So humble, quiet & uplifting. I hate this happen to you Jai you didn’t deserve this! Jai need you.”