One of hip-hop’s unique voices has been silenced. Young Dolph reportedly died after he was gunned down in Memphis. He was just 26. Here’s what we know.

UPDATE: Memphis police told HollywoodLife, “The preliminary information indicates that the victim is Adolph Robert Thornton, Jr”. They added, “This information will be confirmed once the identification process has been completed.”

ORIGINAL STORY: The music world was once again in mourning on Nov. 17, after learning of the death of Young Dolph. The rapper, born Adolph Robert Thornton Jr., was shot and killed in Memphis on Wednesday, according to initial reports from FOX 13 Memphis’ Jeremy Pierre. “On the scene of a shooting on Airways,” he tweeted. “I’m hearing Memphis rapper Young Dolph may be a victim in the shooting. [The] shooting happened at Makeda’s Cookies.” A video from the crime scene showed Dolph’s car parked outside the shop, according to TMZ. The outlet also reports that 36-year-old Dolph “went into the store, and a vehicle pulled up, firing through a front window and striking the rapper.”

FOX13 later reported that three independent law enforcement sources confirmed that rapper Young Dolph was shot and killed. Maurice Hill, the owner of Makeda’s Butter Cookies, confirmed to FOX13 the early reports: that Young Dolph walked in to buy cookies, someone drove up, and fatally shot him. While fans waited for an official word of his death, DJ Akademiks tweeted, “RIP Young Dolph,” seemingly confirming the worst. No suspects have been named at the time, and the investigation is still ongoing.

As the world reels from this tragedy, here’s what you need to know about Young Dolph. 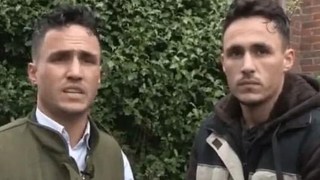 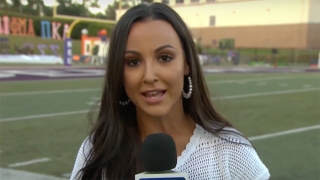 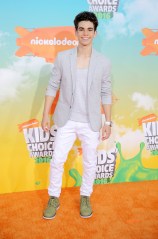 1.Young Dolph Was A Rapper.

Born on July 27, 1985, Young Dolph got into hip hop while growing up in Memphis, Tennessee. He experienced early local success with a series of mixtapes before his nationwide breakthrough in 2014, according to All Music. He released his debut LP, King of Memphis, in 2016, and it debuted at No. 49 on the Billboard 200 albums chart. He would release nearly twenty mixtapes before his death, as well as seven studio albums – including Bulletproof in 2017, Role Model in 2018, Dum and Dummer (a collab album with Key Glock) in 2019, and Rich Slave in 2020. In March, he released what will sadly be his last non-post-humous album, Dum and Dummer 2

Young Dolph’s highest-profile rivalry was with fellow Memphis rapper Yo Gotti. In 2014, Young Dolph declined a record deal from Gotti, according to XXL’s timeline of their beef. Dolph wanted to control his fate, and so, he started his Paper Route Empire label. In 2016, Dolph dissed Gotti by tweeting, “[He] went from being my #1 fan and wanting to sign me to being by BIGGEST HATER.” When Dolph released his King of Memphis album later that year, some took the title as a slight at Gotti. After some minor back and forth, Dolph raised the stakes in 2017 with “Play Wit Yo’ B-tch,” a diss track aimed at Yo Gotti. Gotti initially took the high road but dropped “Don’t Beef Me With” in February 2017. The response track didn’t call out Dolph by name, but many knew it was a warning shot.

Young Dolph was involved in a Charlotte, North Carolina, in February 2017. Over 100 rounds were fired at his SUV, but he emerged unscathed, thanks to the vehicle being bulletproof. Months after that, Dolph was not so lucky while out in Hollywood. He was shot outside of Shoe Place and rushed to the hospital. Despite speculation that Gotti was a “person of interest,” the LAPD announced they weren’t investigating him as part of the shooting. A Gotti associate was charged with attempted murder in September 2017, but they were later released without charges. No arrests have been made in connection with the alleged attack.

In November 2017, Young Dolph went on The Breakfast Club to try and move beyond the feud. “I’m sick of that,” he said. “The whole situation is lame. The group of people, everything. It’s not even in my category.”

3. Juice WRLD Was His Cousin.

Following Juice WRLD’s death in 2019, Young Dolph posted a lengthy Instagram message, revealing he was related to the “Lucid Dreams” singer. “The world didn’t know that [you were] my blood lil cousin,” he wrote, according to The Source. “Sh-t, I didn’t even know it my own self until 2017 when your uncle told me at Thanksgiving dinner. I didn’t get a chance to [f-ck with you], how I had intentions to do, and it’s killing me.” Dolph said that he didn’t even get a chance to “put my lil cuzzo in da back of the RR and give him all the game I wanted to give him,” or spend any more time bonding with him. “Honestly, I didn’t care about doing any music together because we [were] blood, and music is my last concern.”

On March 29, Young Dolph announced on his Instagram page that he was stepping away from music following the release of his Dum and Dummer 2 mixtape. “I hope y’all enjoying the new mixtape, it’s my last project putting out. I wasn’t gonna tell y’all, but I thought y’all should know im done with music.  ENJOY,” he wrote, according to XXL. This wasn’t the first time that he flirted with retirement. A year before, he said he thought he was hanging up the mic to spend more time with his kids.

5. …Only To Un-Retire Months Later.

“My son just told me I can’t be his dad if I stop putting out music,” he wrote on Instagram, right before his album, Rich Slave, came out in August 2020. “Man, my little boy wanted to hear some new music,” he told GQ in May 2020. “So it was like, I can’t just play all my music around him, so I got to go ahead and make a whole project so I can get it clean, and have a clean version of all the songs just so he can listen to my music, you feel me?

He also un-retired in July 2021. “I can’t do it, real talk. I can’t do,” he said during an episode of DJ Scream’s and Big Bank’s Big Facts podcast, per Uproxx. “It’s like I’m the spokesperson for all of the street n****s and all of the n—-s that’s on some independent sh-t … And really come in the game on some sh-t… The n—-  that really want to do this sh-t, like, I don’t really wanna tie myself to no major label—do this sh-t on my own. I’m a hustle this sh*t. I’m a grab that. … The n—- that be like I’m a do this sh-t like my way. I can’t let those folks down. It’s like I’m their motivator. They be needing that sh-t.”