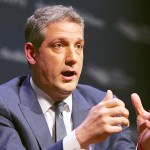 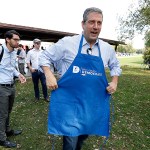 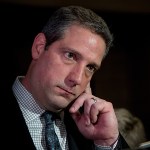 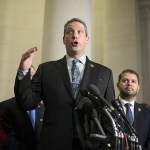 It’s official: Tim Ryan is running for president. The Ohio congressman, 45, joins one of the biggest candidate pools in history, and now he faces an uphill battle to prove himself. Here’s what you need to know about the new candidate.

He’s running! Congressman Tim Ryan, 45, announced on April 4 episode of The View that he will be running for president in the 2020 election, and he’s convinced he has what it takes to battle against President Donald Trump — and win. Rather than sparring with Trump and taking a hardened stance about the condition of the country, he’s focusing on making the United States a “kinder” place. Is that enough to win? Let’s learn more about the congressman who could become president:

1. He’s served as an Ohio congressman for nine terms. Ryan has served in Congress since 2003. He represented Ohio’s 17th district until 2013, and now represents the state’s 13th district. He serves on the House Appropriations Committee and co-chairs the manufacturing caucus. He’s voted with Trump 19.6 percent of the time, according to FiveThirtyEight, and has co-sponsored legislation for education, veteran affairs, and manufacturing, among other causes.

2. He challenged Nancy Pelosi to become the House Speaker in 2018. Ryan attempted to take down Pelosi twice, but don’t get it wrong; they’re on the same team. He challenged her for the House Minority Leader position in 2016, and again, for Speaker of the House in 2018. Pelosi, of course, came out on top.

3. His platform is “Rebuilding the American Dream.” On his campaign website, Ryan says that, “My goal is not that America will become a perfect nation. My goal is that America will be a kinder, more compassionate nation… It’s time for us to start building the America we deserve. An America that invests in public education, affordable health care and an economy that works for all of us. An America united by a shared vision for our future.”

He tied his decision to run for president to the recent closure of a Youngstown-area General Motors plant.”When our local GM factory was shutdown last Thanksgiving, I got a call from my daughter who was consoling her friend whose father was an auto worker and was just laid off,” he said in his announcement. “My daughter said to me, with tears in her voice, ‘You have to do something.'”

It’s time for us to get to work rebuilding the American Dream! Here’s why I’m running for President of the United States. #OurFutureIsNow pic.twitter.com/kkQl34q9XK

4. He’s not worried that being a moderate will hinder his chances at winning the primary. “I am a progressive who knows how to talk to working class people, and I know how to get elected in working class districts because at the end of the day, the progressive agenda is what is best for working families,” Ryan said on The View. “I am just going to be myself, I am going to be for the things I have always been for. And I think most progressives are going to see that.”