Wait a minute, what’s going on here? Drake, 33, who just scored another Billboard Hot 100 number one with his track “Tootsie Slide”, decided to throw a ton of shade from left field at model Sophia Body, 27, on Wednesday, April 15. This all went down after an Instagram fan page posted a video of Tory Lanez, 27, hyping up a singer who sounded exactly like pop icon Michael Jackson. “U seen his face like wtfffff,” she wrote in response to how Tory appeared after the dude started to sing. A fan wrote to Sophia under her comment about how they allegedly “met on the 4 train” in the Bronx and how he was mad that she never “followed” him back on Instagram.

Cue Drake, who had this to say to the guy in question. “Don’t worry she’ll be there for 20+ more years same seat you’ll catch her one day she ain’t got s**going.” WHAT? This left social media confused over why the “Hotline Bling” crooner came for her in such a way. “Damn what she do to Drake,” one wrote on Instagram while another chimed in with, “Woo she must have hurt his feelings.”

Here are 5 things to know about Sophia who was once part of an iconic VH1 reality series.

1: Canadian Connection? One big thing Drake and Sophia have in common is the country from which they were born in: Canada. They also both hail from Toronto, and are kind of around the same age, so perhaps something happened between them way in the past?

2: She Got With Nicki Minaj’s Ex. Sophia and Safaree Samuels dated after he split from Nicki but before he linked up with his now wife Erica Mena. The couple got married on October 7, 2019, and later had their first child together.

Related: Larry Hoover: 5 Things To Know About Convicted Felon Who Drake & Kanye Are Trying To Free

3: Reality Television Fame. She joined Love & Hip-Hop: New York as a supporting cast member for its eighth season between 2017-2018. Her storyline revolved around the demise of her relationship with costar Jaquáe and getting into altercations with Mariahlynn and DreamDoll. 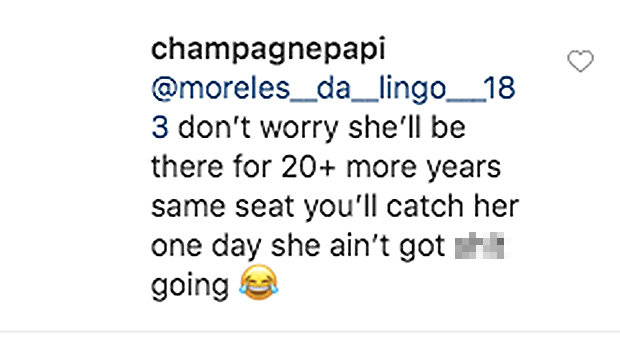 4: Spin That Record. Sophia lists herself as a DJ on her very popular Instagram page (she has over 700,000 followers on the platform.) She’s posted videos of her behind the booth while hanging with celebrities like Swae Lee.

5: NSFW Instagram Content. The gorgeous blonde clearly has no problem showing off her desirable body on social media. She often posts many photos of her in next to nothing including one where she covered up her chest in just a pair of shorts and sneakers.