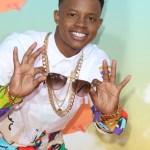 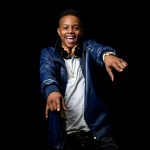 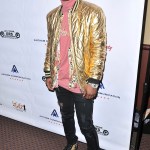 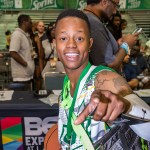 Silento has been accused and arrested for the alleged murder of his cousin, Frederick Rooks. Learn more about the arrest and the rapper himself, best known for his hit ‘Watch Me (Whip/Nae Nae’).

Silento, the 23-year-old rapper who became a teenage sensation with “Watch Me (Whip/Nae Nae),” has been charged for the alleged murder of his 34-year-old cousin, Frederick Rooks. The DeKalb County Police Department of Georgia confirmed the news after taking Silento (whose legal name is Richard Lamar “Ricky” Hawk) into custody on Feb. 1. Silento’s cousin had died 11 days prior, according to the police station.

Today, Ricky Hawk, 23, was arrested for the murder of his cousin Frederick Rooks, 34. On January 21, the DeKalb County Police Department investigated Rooks' death after he was found shot on Deep Shoals Circle. Hawk is in the DeKalb County Jail charged with Murder. #WeAreDKPD pic.twitter.com/AfaA8CtXgx

“Today, Ricky Hawk, 23, was arrested for the murder of his cousin Frederick Rooks, 34,” the police station tweeted on Feb. 1, adding, “On January 21, the DeKalb County Police Department investigated Rooks’ death after he was found shot on Deep Shoals Circle. Hawk is in the DeKalb County Jail charged with Murder.”

The DeKalb County Police Department provided even more details about the arrest and Silento’s cousin’s death in a statement to HollywoodLife: “Today, Ricky Hawk, 23, was arrested for the murder of Frederick Rooks, 34. On January 21, at approximately 3:30 a.m., the DeKalb County Police Department investigated a shooting after Rooks was found in the roadway on Deep Shoals Circle, suffering from multiple gunshot wounds. He was pronounced deceased on the scene.  The suspect at the time was unknown.  However, after a thorough investigation, DKPD detectives identified Hawk as Rooks’ cousin, and the person responsible for Rooks’ murder. Investigators are still working to uncover the motive for the shooting.”

Silento has also not released an official statement in response to the murder allegation, and HollywoodLife has reached out to the rapper for comment. Now, learn more about Silento’s career and his previous arrests from the fall of 2020:

1. Silento rose to fame at just 16 years old with his debut single, “Watch Me (Whip/Nae Nae).” The rapper, then just a high school student, released his biggest song on SoundCloud in 2015 (he worked on the song with beatsmith Bolo Da Producer). “Within the first day it went to 1,000 listens. The next day it was at 4,000,” Silento wrote on his website, and so he decided to drop the music video for the song on his 17th birthday in Jan. 2015. The video now has more than 1.7 billion views, and the song itself peaked at the No. 3 position on Billboard’s “Hot 100” chart.

2. Despite signing with a big label, Silento decided to finish the rest of his high school experience. The success of “Watch Me (Whip/Nae Nae)” inked a deal with Capitol Records, but he didn’t go the homeschooling route afterwards. “I didn’t get to experience a lot of the things new artists get to experience when they’re first signed. Certain events, performances. I was still in school working to get my diploma,” Silento also wrote on his website.

3. You’ve probably heard Silento on this other hit song, too. After kicking off his music career with “Watch Me (Whip/Nae Nae),” Silento worked on collaborations with other artists. One of his most notable collabs was “Dessert” with Dawin. The original song dropped in March of 2015, but Silento came on-board for the music video that was released in Oct. 2019, which is now nearing 200 million views on YouTube.

4. He followed up the success of his debut single with his first album, Fresh Outta High School. Silento dropped his debut album in Sept. 2018.

The rapper also used his newfound fame to visit children’s hospitals and even received “an honor from the mayor of Augusta, Georgia for his charitable work within Atlanta,” where he is from, according to Silento’s website. In 2019, he partnered with DoSomething.org’s “The Hit We’ll Take” campaign against e-cigs, vapes and Juuling.

5. Silento was arrested on three separate occasions in 2020. He was arrested twice within the span of two days in Aug. 2020. One of the arrests was for allegedly “threatening two strangers with a hatchet last weekend” on Aug. 29, which the Los Angeles County District Attorney’s Office announced in a press release obtained by HollywoodLife. The rapper had faced “two felony counts of assault with a deadly weapon with allegations of using a hatchet as a deadly and dangerous weapon,” the report added.

Silento reportedly “entered the strangers’ residence while searching for his girlfriend,” and “the homeowners and their children were home at the time and were shaken by the intrusion but unharmed,” which the LAPD told ABC 7. This happened after Silento was arrested and posted bail just a day prior in Santa Ana (where he lives) on Aug. 28, according to online records from the Orange County Sheriff’s Department. He was booked “after a report of a domestic disturbance” according to authorities, per ABC 7. HollywoodLife had reached out to Silento’s rep for comment at the time.

Silento then reportedly missed his court hearing in Sept. 2020 and a bench warrant of $105,000 was issued for his arrest, XXL magazine reported. Then, in October, Silento was arrested after reportedly “driving over 140 MPH in Atlanta”; he was released on his “own recognizance” on the same day of the arrest, the outlet reported.