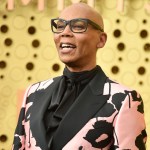 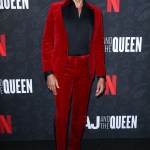 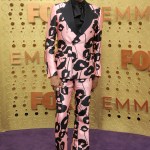 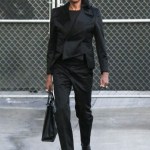 Sherry Pie, a contestant on season 12 of ‘RuPaul’s Drag Race’, has officially been disqualified after multiple allegations of her catfishing several men surfaced.

Jaws dropped when the RuPaul’s Drag Race Twitter account announced that Sherry Pie, 27, was disqualified from season 12 on Friday, March 6, only hours before the New York City queen was set to make her debut on the show. They did this after several men shared stories of Sherry allegedly pretending to be a casting director where they would send her embarrassing audition tapes of themselves saying and doing degrading things. Sherry apologized after their stories were shared online, but the damage was done. “In light of recent developments and Sherry Pie’s statement, Sherry Pie has been disqualified from RuPaul’s Drag Race,” the RPDR Twitter account tweeted before adding, “Out of respect for the hard work of the other queens, VH1 will air the season as planned. Sherry will not appear in the grand finale scheduled to be filmed later this spring.” The season was taped ahead of these accusations coming to light.

Here are 5 things to know about Sherry and the claims against her that led to her disqualification:

1: Accusations and more accusations. At least five aspiring actors came forward with stories about how Sherry (real name Joey Gugliemelli) had allegedly catfished them over several years via email by acting like a casting director. His alleged behavior deceived former classmates at SUNY Cortland as well as actors he worked with at an acting company in Nebraska.

2: Horrifying stories. One Cortland alum claimed he filmed scenes in 2015 of him wearing a tank top and shorts for Sherry for a fake musical version of A Nightmare Before Christmas. He did this because Sherry told him that Tim Burton was affiliated with it. “I just felt really stupid. I felt really dumb,” he told Buzzfeed News about the alleged incidents.

3: Apology not accepted. Sherry didn’t waste time and apologized on social media shortly the news broke. “This is Joey, I want to start by saying how sorry I am that I caused such trauma and pain and how horribly embarrassed and disgusted I am with myself. I know that the pain and hurt that I have caused will never go away and I know that what I did was wrong and truly cruel. Until being on RuPaul’s Drag Race, I never really understood how much my mental health and taking care of things meant. I learned on that show how important ‘loving yourself’ is and I don’t think I have ever loved myself. I have been seeking help and receiving treatment since coming back to NYC. I truly apologize to everyone I have hurt with my actions. I also want to say how sorry I am to my sisters of season 12 and honestly the whole network and production company. All I can do is change the behavior and that starts with me and doing that work.”

4: Fans agreed with Sherry’s disqualification. Social media was pretty much unified over RPDR‘s decision to disqualify Sherry from the competition. “Period y’all did the right thing,” one wrote while another one chimed in with, “Face crack of the millennium.”

5: Sherry isn’t the first queen to be DQ’d. Willam, who competed on season 4 of the Emmy-winning show, was disqualified from the competition after she allegedly broke some of the rules. This happened as the season continued though as opposed to the real-time drama that is happening currently.