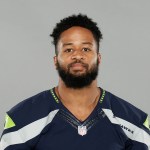 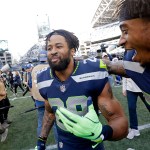 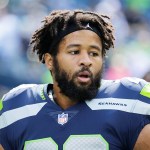 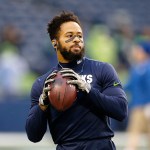 Nina Thomas admittedly pointed a gun at her husband, NFL pro, Earl Thomas after she claimed she caught him cheating on her — as seen in a police affidavit, obtained by HollywoodLife. See her mugshot after the April 13 incident in Austin, TX.

Nina Thomas was arrested and charged with burglary of a residence with intent to commit aggravated assault with a deadly weapon — family violence, in Austin, Texas on April 13. HollywoodLife obtained a police affidavit that lists her husband, Earl Thomas as the victim. In the affidavit, Nina, 30, alleged that she retaliated when she found out that Earl, 31, was allegedly cheating on her. Nina told police, per the affidavit, that she attacked her husband with his own pistol — identified in the affidavit as a 9mm Beretta with no magazine and one round in the chamber. She confessed, according to the legal document, to putting the gun to Earl’s head “with the intent to scare him.”

Nina’s charge is a 1st degree felony and her bail was set at $25,000, according to the affidavit. It’s unclear if she paid. Learn more about Nina Thomas below, and see her mugshot from the April 13 incident.

1. Nina has since denied the allegations against her. — Her lawyer, Jonathan Goins released a lengthy press release to HollywoodLife on May 7, which states that his client “unequivocally and categorically denies these allegations and we look forward to our day in court where we can clear her good name.” Goins claims the Austin, Texas Police Department “tarnished” Nina’s name by “failing to use effective crisis management communication skills and tactics.” Goins continued, “Instead, they mistreated Nina, failed to properly investigate the matter, and Austin Police treated her like a criminal from the time that they arrived on scene.”

2. She married Earl in 2016. — The high school sweethearts began dating at the end of their junior year, Nina said in an interview with WAGS Redefined, published in November 2016. The pair dated for 10 years before they tied the knot in April 2016. Nina’s maiden name is Bessier, according to her wedding planner, Tiffany Cook, who shared a video from the nuptials. The Houston, TX wedding was attended by Earl’s then Seattle Seahawks teammate, Russell Wilson and his wife, Ciara. During the same interview, Nina listed her wedding day as her “favorite memory” at the time.

3. Nina and Earl have three kids together. — Her last post on social media, two days before news of her arrest, included a photo of their three small children. “My kids are literally my everything,” she captioned the post. “Thank you God for my babies.” HollywoodLife was not able to identify their children by name and age.

4. She has previously discussed the “struggles” of being married to an NFL player. — “Dating an athlete is a job in and of itself. We have to be a counselor, we have to keep a home and cook and raise our children,” she told WAGs Redefined (in the same interview mentioned above) when asked about the “misconceptions” of WAGs. (WAGs stands for wives and girlfriends of professional athletes.) “People see these reality shows and get the wrong picture of our lives and what we do behind the scenes,” she continued. “My husband and I live an amazing life but it comes with its own share of struggles. Earl suffered from his first major injury last year; injuries tend to put so much in perspective. The main goal is to be happy no matter what that looks like for you,” Nina said, adding, “I’ve realized I can’t change these misconceptions, but I can certainly prove them wrong.”

“The biggest challenge is stability,” she said when asked about the “challenges” of being married to an NFL player. “During offseason it’s great because we’re traveling and get to do all these amazing things and see so many new places, but it gets to a point where you get a little tired of living out of a suitcase,” she admitted, explaining, “I am always excited about getting back to the season, getting back to a sense of normalcy… Offseason is fun for us — from Earl’s camps, appearances, vacations, etc. — it can be tough to keep up with us. I had to become pretty good at juggling all our different times of the year.”

5. Nina was raised in New Orleans. — She moved to Orange, Texas in 2005 due to Hurricane Katrina.