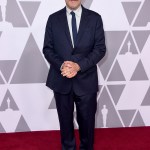 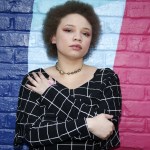 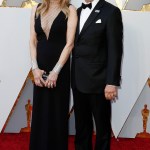 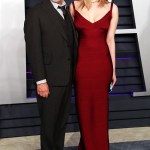 Oscar winning filmmaker Steven Spielberg’s daughter, Mikaela Spielberg, is enjoying her work in the adult entertainment business. Here are five things you need to know about the webcam star.

Steven Spielberg‘s 24-year-old daughter, Mikaela Spielberg, isn’t following the same road that her parents traveled. Instead, Mikaela has taken her own unique path into the world of entertainment by performing solo sex cam shows for the website ManyVids. “I’m really enjoying work, and it’s giving me a whole new life-affirming way to be,” she told The Daily Beast in a Nov. 10, 2020 interview. “It opened up a gateway into being able to dance. The best part of it has been that anytime I want to I can just go into work, and go dance.” She added that, “My profession is webcamming and solo pay-per-view videos. I’m hoping that webcamming can become a more regular thing for me, and professionally-done pay-per-view videos that are solo can become a regular thing for me.”

Mikaela announced in Feb. 2020 that she would producing her own solo adult films, according to a profile from The Sun. Steven, who has won three Oscars in his storied career, is considered one of Hollywood’s most elite filmmakers currently working. He and his wife, Kate Capshaw, adopted Mikaela, who was born on Feb. 28, 1996, when she was only an infant. Despite the incredible star power of her parents, Mikaela has chosen to pave her own path through the film world. Here are five things you need to know about Mikaela Spielberg.

1) She has already started to build her career. Mikaela has already begun the process of producing solo adult films and, ideally, would like to be an exotic dancer once she obtains her sex worker license. In her profile, Mikaela described how she feels by “doing this kind of work, I’m able to ‘satisfy’ other people, but that feels good because it’s not in a way that makes me feel violated.”

2) Mikaela was engaged. The rising star was engaged to Chuck Pankow. While little is known about her former partner, Mikaela previously reiterated that she’s planning on working on solo projects so as not to put her relationship in jeopardy. “I don’t want to do anything outside of solo stuff is because I feel like it would be a violation of my boundaries and my relationship with my significant other.”

3. Mikaela says her new career helped her conquer a drinking problem. “I was at a point maybe two years ago from now, where I was heartbroken, vulnerable, and felt like my soul had kind of been split in two,” she confessed to the Daily Beast. “And I was covering that up with drinking. And I am no longer like that.”

4) Her parents are supportive of her career move. Mikaela confessed to her parents, Steven and Kate, that she was planning on making the drastic move to adult entertainment during one of their weekend FaceTime sessions. The 24-year-old shared that her parents were “intrigued” but they were not “upset” by her choice.